To start with the phone comes packaged in a beautifully styled black box as seen above with a simple silver Prada logo embossed on the top. The phone is sitting nestled in a foam insert atop the usual accessories. Extra accessories branded by Prada such as a cradle and bluetooth headset are available and you can view these on the Prada Phone Website.

At first looks the phone is quite nice looking and seems to be quite pleasant to hold, the textured back means it isn’t in immediate danger of slipping from your grasp and when turned on the black and white theme from the box has been continued in the software skin they’ve laid atop of Android 2.3(Gingerbread), an update to Android 4.0(Ice Cream Sandwich) is expected to be pushed out by LG later this year.

LG has supplied a number of applications like Polaris Office, Image Editor and NFC tag programmer as well as supplying black and white icons for a number of default apps such as the clock and calculator plus more, there is a persistent launcher bar which sticks even in the menu application although it does drop out once you go into an application.

The prada phone digitizer seems to be a little bit laggy in terms of scrolling and also touch response, I found times after tapping the screen or a capacative button that there was a noticeable lag between the touch and something occuring on-screen. I first thought this was due to the CPU however it seems to perform fine when under load in terms of gaming and running other applications so I am going to say the digitzer is to blame.

The screen is recessed into the bezel which means when swiping you often hit the lip and I feel if it were flush with the bezel it would have felt a little more like the higher end device that the Prada phone is aiming to be. There is also a lip a the top and bottom of the battery cover to help you remove it however when blindly reaching for the phone and encountering it, it just feels wrong, again this is a personal preference.

Battery Life on the Prada phone really depended on usage -as with all phones, however I found the 1540mAh battery was just not sufficient to hold up to even a 1/2 day usage, I was constantly topping the battery up across the working day and as soon as I started to do things like surf the internet or read through email or Twitter you could just about watch the battery meter going down, I understand that I am a power user in terms of mobiles but this was extremely noticeable.

The browser and keyboard supplied I have to say were some of the most painful things about using this phone, the browser was difficult to navigate around the menu options and I feel that many functions present on other browsers were missing, even the stock Gingerbread browser would have been much preferred over the one supplied. The keyboard was hard to use and simply finding the settings to turn off the audible tap and turn on predictive text was not as straightforward as one would like.

As with all phones these days the lack of Ice Cream Sandwich on the phone at launch is something of a miss in my opinion, the phone has quite enough hardware on board in order to run what was the latest iteration of the Android OS at launch and I feel that LG should perhaps have made more of an effort to include this exceptional version of the OS into the Prada phone to offer the higher end features they were going for on this phone, even if only to allow users access to the Chrome browser and stock ICS keyboard.

Overall I like LG as a company, they make excellent quality components however we have yet to see this translate into a high end smartphone, their lower end Optimus One was a nice phone but their higher end offerings have suffered from issues relating to the software, I would like to see them scale back on their skinning of Android as other OEMs have begun to do and concentrate on their strong point of hardware manufacturing, perhaps the soon to be released Optimus 4X HD or Optimus Vu will be the start of good things to come.

If you want to pick up the Prada phone it is available for $0 upfront on the $39 plan with no handset repayments. Check out the Vodafone website for more information and stock availability. 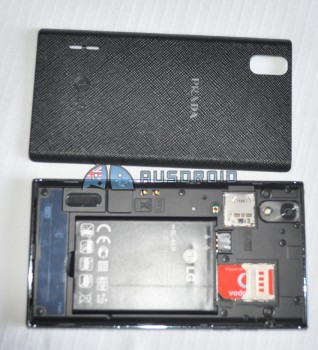 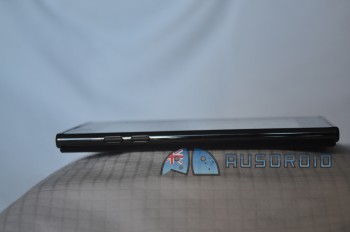 I had a play with one of these – good review, only one thing that isn’t quite so obvious is that you can actually change the downloaded applications icon with the launcher into black and white to match the whole look and feel of the handset. You just press and hold on an application and let go, it will then give an edit button on the icon which you tap and it open up an icon pack for you to select. All the common apps have icons included in black and white, facebook, twitter, youtube etc.. pretty nice detail.

Wow, that was not at all obvious in the software, that is actually a nice feature, thanks for the comment it actually would be good if that was explained somewhere or more intuitive to actually do. Cheers

We just released a 3600mAh extended battery for the Prada. It has no reviews yet, so check us !

Nice review, considering that few reviewers would dare/bother with this.
Good point about the potential of this phone to set a high-end phone market, but like luxury cars we’d expect an experience that would be worthy of its price hike.
Keep up the good work ausdroid!