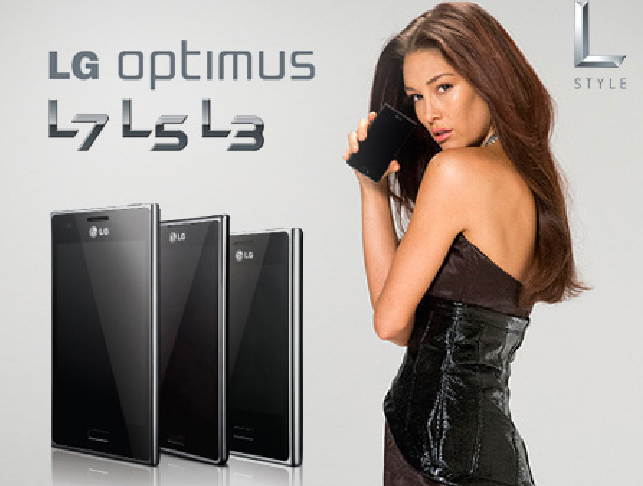 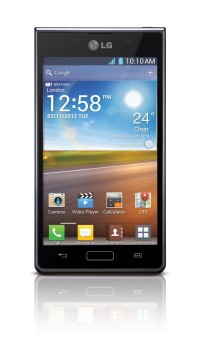 The L-Series range includes the Optimus L7, which has a 4.3″ NOVA Display powered by a 1GHz CPU, it runs the Optimus 3.0 UI over Android 4.0 and has expandable storage via MicroSD cards up to 32GB and runs a 1700mAh SiO+ Li-Ion Battery, it also has a 5 MP Camera on-board. The Black L7 is available from Optus dealers for $269 on pre-paid or for $0 upfront on a $30 plan, or you can get a White L7 exclusively from Allphones with a price of $295. The Optimus L5 has a 4″ display, powered by an 800MHz CPU, the phone also runs the Optimus 3.0 UI over Android 4.0, it has a slightly smaller battery than the L7 at 1500mAh but it does have the same 5MP camera. The main feature that LG are pushing on the L5 is the Quick Memo function which will allow users to write notes and get screen captures which they can then share, the L5 will be available from Boost Mobile retailers in August for $199 as a pre-paid phone. 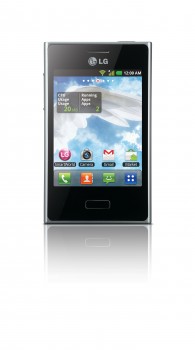 The Optimus L3 is a more compact offering which will be available from Telstra as a pre-paid phone for $99 in early July, so most likely if not in stores now, then very soon. Spec wise the L3 comes with an 800MHz CPU and 1GB of RAM with a 3.2″ QVGA Screen upfront but only runs Android 2.3(Gingerbread), it also has a 3.2MP Camera on-board and is powered by a 1500mAh battery, it’s being aimed more at the compact market due to it’s smaller size. 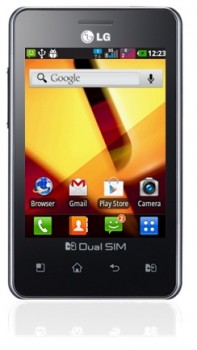 The surprise for me was the announcement Optimus L2 which is a Dual SIM phone, it runs very similar specs to the L3 with a 3.2” Capacitive Touchscreen again running Android 2.3(Gingerbread), it’s powered by an 800 MHz Processor and 1GB RAM with a 3.2MP Camera and 1500mAh Battery and obviously the major difference being the ability to run 2 SIMs, it has a hot key built in which allows you to switch between SIM cards easily and the SIMs are colour coded so you know which SIM is being used at all times. Just like the L5, the Optimus L2 will also be available through Boost Mobile and other retail outlets at $119 on pre-paid from August.

And she still tweets from an iphone :s