Home News and Editorial Samsung will not sell adapter to allow older MHL Adapters to work... 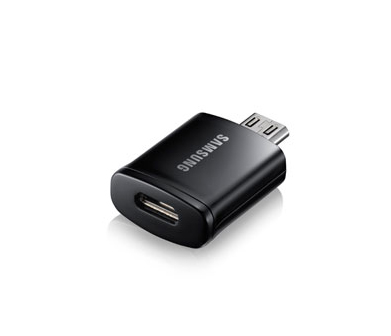 What is that in the picture there you ask? It is a HDTV Adapter TIP (5 to 11 Pin Converter) sold by Samsung USA, it is a converter which allows you to use your existing MHL Adapter on the Samsung Galaxy S III and according to Samsung Australia we can’t have it. A little after the release it came to light that existing MHL Adapters would not work on the Samsung Galaxy S III, this was due to a new pin configuration that the phone uses which allows for USB OTG capability to run simultaneously with the MHL Capability.

AndroidCentral tracked down that little beauty above which is available from Samsung USA for a measly $9.99 and fits to that already expensive $40 MHL Adapter you already purchased from Samsung for your older phone. I asked Samsung Australia when we would be getting it and they replied :

Hi Daniel, unfortunately the HDTV Adaptor TIP wasn’t released in Australia. Thanks for your suggestion.

I seriously don’t understand this. This is a Samsung part, made and certified by them for the Samsung Galaxy S III and they cannot bring it to Australia, instead you get to purchase a new HDTV Adapter for $39.95 from their website. Anyone else see anything wrong with this or am I just over-reacting?

Update :
Thanks to Dame in the comments I didn’t even think to check out eBay and after a quick search found the adapter for around the $11 mark including standard international shipping. Still, it’d be nice to see Samsung pro-actively look out for their customers.

What’s more galling, Daniel, is that Samsung, when asked for a possible timeframe, give an utterly irrelevant reply. IOW they don’t even care to attempt to answer your question.

Samsung’s attempt at selling accessories has been a disaster. They just keep pushing the date back time and time again.. so even if this was ‘released’, it’d never be available here anyway.