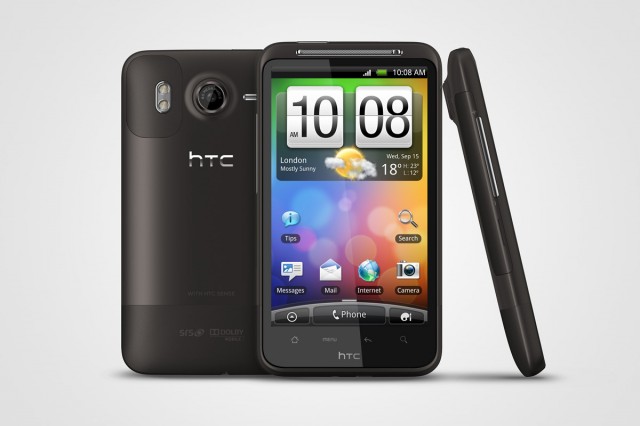 The news that the HTC Desire HD will not be getting an update to Ice Cream Sandwich after previously being announced as in line to receive the update has not been met with much love from the owners of the device. The uproar from miffed owners has been loud enough that HTC has been forced to address the issue in much more detail in an update to their blog :

We’ve heard your feedback on our decision not to update the HTC Desire HD to Android 4.0. We completely understand that this is a controversial decision.
For more background, due to how storage on the HTC Desire HD is partitioned – and the larger size of Android 4.0 – it would require re-partitioning device storage and overwriting user data in order to install this update. While technically advanced users might find this solution acceptable, the majority of customers would not. We also considered ways to reduce the overall size of the software package, but this would impact features and functionality that customers are currently using. Even after installing the update, there were other technical limitations which we felt negatively impacted the user experience.
We believe an update should always improve the user experience and carefully evaluate each update based on this criteria. While we are very aware of the disappointment from this decision, we believe the impact to user experience was too great. We recognize this is a change from our previous statement and for that we’re truly sorry.

It appears that the sticking point is that HTC Sense is the main culprit in this issue as owners who have played with various ROMs over on XDA-Developers can atest the HTC Desire HD runs fine on stock Android, so any explanation of the Hardware is not sufficient is making many owners cry foul on that count.

There is actually a petition running which is requesting that a vanilla Ice Cream Sandwich ROM be released on HTC Dev as was done with the original HTC Desire, so that true enthusiasts can download the ROM and flash it to their much beloved device. I don’t even have a HTC Desire and think this is a great idea, head over to the petition and sign it if you agree. I personally think all manufacturers should release vanilla ROMs on a Dev page for all phones they release as a matter of course but that’s just my opinion.

buy a galaxy nexus or shut up. There are so many ROMS to flash including vanilla android. If you don’t want to do that stick to the first sentence of my comment

yay for down votes. BTW jellybean is pretty slick on my GNex. Just saying…

Look at HTCs track record. The sensation won’t get jelly bean. Just like DHD won’t get ICS. Once you are more than 1 major iteration off, HTC won’t care. So yeah, GNex or nothing. Despite how harsh it sounds – that’s your reality if you want OS upgrades. Now learn from it

the lack of an sd card was the killer for me. i hope the rumors of multie nexus devices comes true

I run the HTC Desire Gingerbread release on two HTC Desire’s.
The release is great and the amount of HTC Sense they had to remove was minimal. I still am unclear why they did it that way as my wife can’t tell what’s missing unless I point it out.

I’d like to see all Manufacturers release vanilla Android ROMs too. Realistically I don’t see that happening any time soon. In this case though (Desire HD) it seems particularly warranted.