Who loves Lego? Who loves Android? If you answered yes to both questions then this is the one for you, we have the opportunity to get a Lego Android released as an official product. The Cuusoo project at Lego gives aspiring Lego Artists a chance to have their projects viewed by the Lego community at large, they also have a voting system in place which allows Lego to actually put some of the models into production if enough votes are received. They’ve already released a Minecraft Lego set based on the popular brick mining game so it would be awesome to see the Bugdroid model come about as a released product. The Designer GLHTurbo created the design in Lego Digital Designer and ordered the parts on-line. The current model which he is still refining stands at 205 pieces and at $0.15 per brick gives the kit a cost of around $30 but could drop as much as 25% given a production run to ramp up on the lime green parts necessary for the kit. 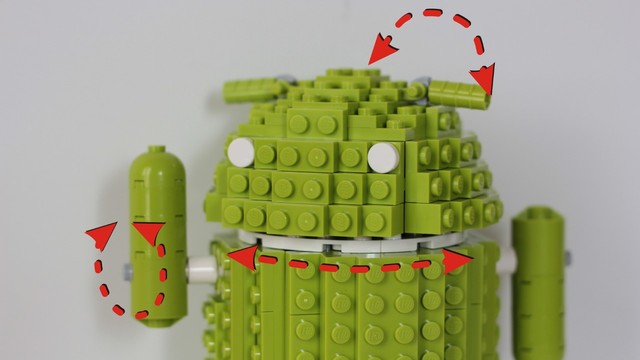 As you can see there is a fair amount of articulation built into the model which just looks sensational to me. and he notes that there could be further add-on packs such as a rocket/jet pack. I really would love to see this released by Lego, so head over to the project page and vote it up, check out the other models whilst you’re there but vote this one up.