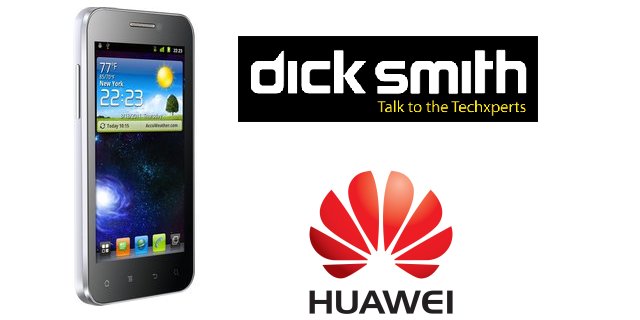 Dick Smith has started selling the Huawei Honor for $399 outright. The phone comes with Android 2.3 as standard but according to GSM Arena an Ice Cream Sandwich update is available for the Huawei Honor. The specs are in a little bit of dispute the DSE Website lists the CPU as a 1.4GHz Snapdragon (as does GSMArena) however the Huawei Mobile page lists it as an 800MHz CPU, I’ve emailed Huawei for clarification.

Spec wise the screen resolution is a litte odd but the 4″ form factor is quite a comfortable size based on my old Nexus S. Not sure exactly where this handset is aimed at at this price range but a stock Android experience has been the norm for most Huawei phones so far and this should be no exception. We’ll be attempting to get one of these to take for a spin and let you know what it’s like.

Well the picture certainly isn’t any stock android that I know of. Phone itself looks like a straight iPhone copy if you ask me. Considering I bought my beautiful Galaxy Nexus for less than the price of this phone, and that it is now running Jelly Bean, only fools or the unknowing would by this box