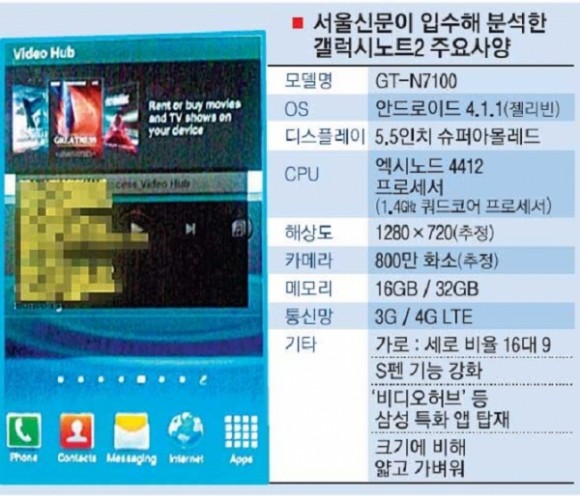 According to Slashgear, a Seoul newspaper has jumped the gun slightly early ahead of the August 29th Launch at IFA in Germany and leaked the specs of the Samsung Galaxy Note 2.

Apparently it will have:

Sounds like a pretty sweet piece of hardware with the Wacom stylus and digitizer on-board. Just a couple of days till the announcement — the Samsung event is scheduled to take place on the 29th of August at 7pm in Berlin which is 3am AEST on the 30th of August. It will also be live-streamed on the SamsungMobile Facebook page so you can tune in if you wish.

Any one know when the possible release date for the note 2 yet? The day much rumors in the middle of sept

Looking forward for another price drop on the Note One on Kogan….

Will Savage
Reply to  Trance

1280×720 is 780p resolution. I guess it’s a more standardised resolution
to have. Playing HD video will not result in any black bars or
stretching content when played on the GN2. I imagine the next generation
of devices will be looking to aim for 1920 × 1080… no prizes for guessing what that is 😉

Looks like a Galaxy S 3 with a 5.5″ screen. I wonder if there are any subtle changes that a spec sheet doesn’t list.