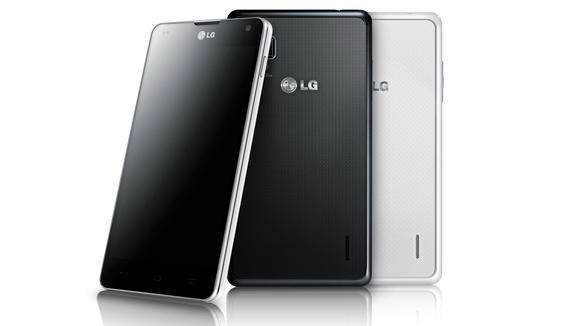 LG, a manufacturer whose phones we’ve had a mixed reaction to in the past, has unveiled its latest flagship phone — the Optimus G. What makes this device special? Oh nothing, just that it’s the first 4G capable smartphone that also sports a quad-core processor, the Snapdragon S4 Pro. With this, LG are throwing down the challenge to other manufacturers to keep up.

Built into this quad-core beast is Asynchronous Symmetric Multiprocessing, which supposedly delivers battery savings) and an Andreno 320 GPU to deliver console-quality graphics on a mobile HD display. The Optimus G of course has a fairly good display too – a 4.7-inch WXGA HD LCD display with a pixel density of 320ppi (just short of Apple’s 326ppi for the retina iPhones). It sounds impressive.

You might be thinking, as I am, this device is going to be a pig with your battery life — everyone knows 4G/LTE is rather thirsty in terms of power, and quad-core CPUs aren’t exactly light on power demands either. However, LG have worked with Qualcomm and LG’s other divisions to develop (what they call) ground-breaking battery performance.

In plain language, they’ve developed a high-density 2100mAh battery and squished it into a slim smartphone which isn’t too bad at all. That said, 2100mAh is not a lot in the face of the drain that 4G and a huge display will cause.. but it’s better than some other phones that do the same with lesser battery capacity.

Besides these features, the following key specs were touted in LG’s presser:

Commercial release of the Optimus G in Australia hasn’t been finalised yet – which probably means it’s been given to carriers to consider whether it will be delivered on their networks. I’d say there’s at least even chances that this phone will be one of the five new 4G devices that Telstra is planning on launching before year’s end.

With the doubling (or more) of Telstra’s 4G footprint, this phone certainly looks to be a contender.

2GB of Ram interesting, how are we going to use that??

Used to love my Chocolate phone back in the day, guessing my next LG phone will be this.

Prediction: Telstra will delay it. The iphone will be the first quad-core 4G phone to hit Australia.