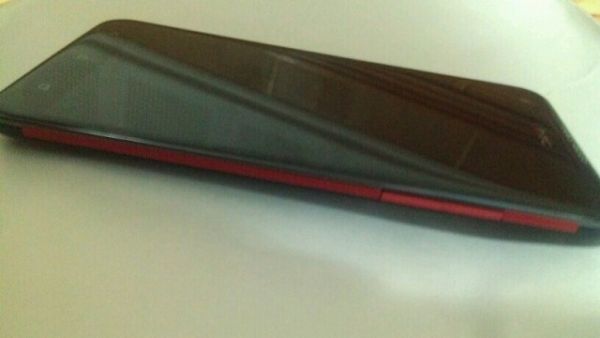 We’ve previously discussed a mysterious HTC device a couple of times in the past, and now as the rumours continue, we’ve decided to stay with the story.

The rumours have circled around a HTC smartphone with a 5″ display running at a 1080p resolution (1920 by 1080 pixels) and carrying Qualcomm’s new Snapdragon S4 Pro SoC (one that packages together a 1.5 GHz quad-core Krait processor alongside an Adreno 320 GPU). Such a device could be the best solution for the Taiwanese manufacturer to recover from its current financial position.

This is just a little bit of a big deal — the Snapdragon S4 Pro main processor is a behemoth in benchmarking terms, and the Adreno 320 GPU could be as fast as the GPU inside the new iPad (and let me tell you, that thing is a monster).

According to HTC Source (as reported by Android Authority) this device is real, and carries the internal product name HTC 6435LW. Even more exciting is the claim that this device will have a pixel density of 480 ppi (pixels per inch), which is incredibly high. There is some discussion about whether this pixel density is correct – it could be lower, depending on how the screen resolution is used by any soft-keys.

However, the insider also reports that the mysterious HTC phablet will use 1.5 GB of RAM and 16 GB of internal storage, with no SD card slot, and a non-removable battery. Sounds a lot like the HTC One X(L) line, but with a bigger screen. Could be a bit of a winner for HTC.

What do you think? Let us know below.

480 ppi? Is there even one human alive who can tell the difference between that and a 200ppi display?

And knowing HTC they’ll put a lousy capacity battery it in as they usually do !

Retina is sooo yesterday 🙂 This might be impressive. If it continues in the vein of the One X, HTC could have a killer product on their hands

The only thing that let the One X down was the limitations in the software around multitasking. If they can fix that, and this phablet is as rumoured, it’s going to be a killer.

Kind of why I saw the 1.5GB RAM and wondered if it was sufficient considering the One X struggles with 1 GB and all other LTE enabled S4 chips out there have 2GB.
HTC seem to cut one corner in order to reduce cost. I hope they reduce the bloat so this thing flies.