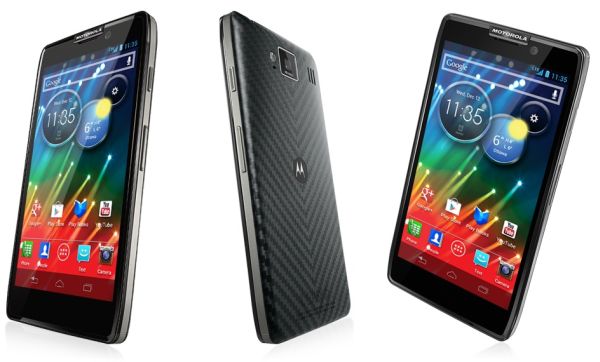 A little while ago we brought you the news about Motorola’s new RAZR line of handsets, including the RAZR HD and RAZR M which were announced for Australia. Well, today the news has hotted up a little, with confirmation that the devices will arrive in October, following a launch event to be held on 2 October in Sydney.

While we knew that these two phones were coming through Telstra sometime in Q4, today’s announcement indicates that they aren’t just coming in Q4, but likely close to the start of it in October. This, at a time when 4G smart phones are becoming increasingly popular and — more importantly — available too, these handsets are likely to be a welcome addition to Telstra’s array of 4G devices.

To recap, the RAZR M and RAZR HD are largely similar spec-wise, though (as the names might imply) the RAZR HD has a larger screen at 4.7″, while the RAZR M is 4.3″.

Both feature a gorilla glass screen — tough stuff — with Kevlar fibre backing and a protective coating that makes the phones water-repellant. The same coating is applied to internal components, meaning that a quick dip in the water is less likely to kill your RAZR.

The RAZRs share a 1.5GHz dual-core processor, a slightly underwhelming 1GB of RAM and an 8MP camera. At launch, the RAZR duo will have Ice Cream Sandwich (Android 4.0), but Jelly Bean will be available shortly after.

Looking forward to the RAZR M. Believe it or not, it has faster JavaScript performance than any other Android phone. The browser is lightning quick.

I so wanted a RAZR HD, but the hatred of Telstra is too ingrained. Are they forever tied to the great satan or is it just a short term exclusivity thing?

I’m looking forward to having a play on the Razr M. It looks like my next purchase.

Look forward to testing out the RAZR HD once launched. I think 1 GB RAM is enough but I suppose won’t really know until I can play with one.