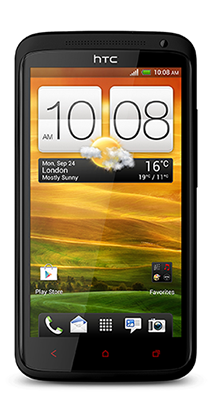 Up until now, we’ve only been able to speculate what might be hidden within the upcoming HTC One X+. Today, HTC finally confirmed the juicy details. The HTC one X+ is essentially a refresh of the current flasghip, the HTC One X, with most of the updates being under the hood.

The most notable change is the upgrade in processor, which is now a faster 1.7GHz quad core Tegra 3 (AP37). Internal storage has been given a large boost, up to 64GB. Another improvement sure to please HTC fans is the increase in battery capacity, now up to 2100mAh from the previous 1800mAh. Surprisingly, the memory remains at 1GB, unlike it’s main competitor, the Samsung Galaxy S III which of course has 2GB.

The rear camera remains the same at 8MP/f2.0 with HTC’s ImageSense chip, but the front facing camera has been upgraded from 1.3MP to 1.6MP.

The external speaker has been given it’s own amplifier in order to improve sound quality and volume. An additional feature is also included to enable “tap and go” playback, which let’s you connect to Beats branded Bluetooth speakers via NFC.

On the software side, HTC’s Sense has been given a number of minor improvements, along with other HTC apps such as their impressive camera, which now has a number of additional modes. The HTC One X+ will also ship with Google’s latest flavour of Android, Jelly Bean.

As with the HTC One X, there will be two variants of the device. The European version ship with 3G/HSPA connectivity, while the US version will be LTE enabled. No news yet on which version we’ll receive here in Australia, or which carrier will take it on. We’ll hopefully get our hands on a unit when it’s available and bring you a detailed review.

Its a surprise they didnt upgrade the RAM.

Another comment guys, you have a lot of articles coming through with a lot of special characters such as quotes and single quotes that are coming up with all sorts of combination of characters. Its starting to get a bit annoying.

Yea, thanks for the heads up. We noticed that ourselves and have now hopefully fixed the problem. Please let us know if you still see it anywhere.

If you access ausdroid.net from your mobile. older entries link does not work. There is a Menu button at top right corner which does not do anything either

Much better mate, much appreciated.

I’ve said it before and I’ll say it again, HTC, you guys are idiots. Poor capacity battery, non replaceable battery, no external storage, you people really treat your customers like crap !

why be stingy on ram, might help with the multitasking issue. A micro sd slot would also address storage concerns in a more efficient way.

I think that multi task issue was with their aggressive task killing to conserve battery.

I’m pretty sure the Aussie SGS3 has only 1GB ram. I think maybe the Korean one or the 4G one might have 2 GB, but not ours

I love how they said “the original one X will get 4.1 AFTER the new phone comes out”. God they know how to shit on their customers.