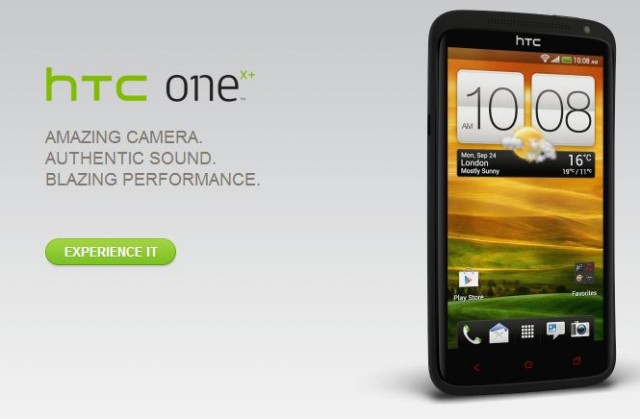 The newly announced HTC One X+ has appeared on HTC Australia’s website. When Ausdroid asked about the release date of the One X+, HTC Australia were very tight lipped:

“The HTC One X + was announced globally on 3 October 2012. However, HTC cannot comment on unreleased products in the Australian market.”

What does this tell us?

They’re likely waiting for final paperwork to come through from one or more of the major carriers before announcing the Australian release date officially. Given that LTE is not listed in the specs there’s a little speculation starting to appear that Optus may be looking for an exclusive on this one, one thing is for sure in true HTC style they’re going to hit the market hard and fast while the competition is quiet.

Specs of the HTC One X+ are similar to that of the One X except for larger storage, a bigger battery, and a faster CPU. Whether or not LTE will find its way into the Australian model remains to be seen.

I notice it has disappeared from the Australian website. Queries to HTC result in FIIK ( or something like that!)

I bloody give up on HTC. First the One XL only had 24G of usable memory an no upgrade path and CRAP battery life. Now the One X+ is on again off again, 64G but still no SD slot. I really wanted to buy another HTC but it seems they lost the plot after the Desire. No wonder they are going broke.

HTC have a record of doing this and I feel bad for those who got the OneX recently… they did it with the sensation (XL, XE) as well. Release a phone and then a short time later release another with a very small bump in specs….. Does anyone really think this is acceptable? Maybe they should concentrate on 1. releasing the phone correctly in the first place- i mean seriously, are they not testing their phones properly? and 2. How about just updating the current phone? Seriously, this is basically a OneX running jelly bean. Here’s a tip HTC, release… Read more »

This might be a stupid question, but what are the chances of it having an mSD card slot?

Very low. But if it does, this might just be my new phone. EDIT: Just read up, and apparently because it has more storage space, it probably won’t feature a mSD slot.