Home News and Editorial HTC’s profits dive to $133 million, down 79% from this time last... 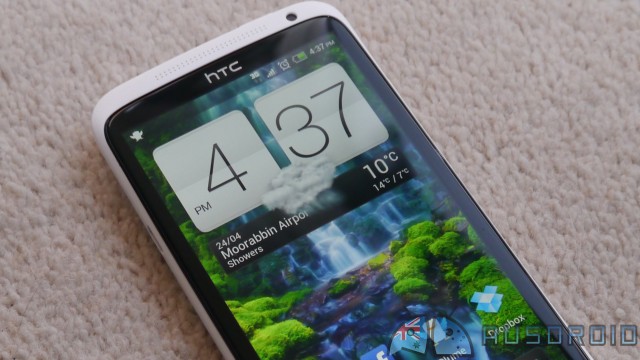 HTC’s unaudited earnings for Q3 2012 have been made public and they’re not very flattering for the Taiwanese company, with a 79% drop in profits from this time last year. The numerical value of their profits: $133.2 million from $2.4 billion in revenue.

This time last year HTC clocked in a healthy profit of $636.5 million from $4.64 billion in revenue. HTC’s revenue in the past year has dropped by almost 50%.

Their big bet on the One Series clearly hasn’t paid off, and the newly launched HTC One X+ is unlikely to sway a large number of sales in HTC’s direction. Maybe it’s time for a revolution with that constantly-rumoured 5-inch device. It’s certainly time for something new, because the current plan just isn’t working.

But hey, at least they’re still running a profit, something RIM can only dream of at the moment.

I very much dislike HTC Sense and the way they lock the phones down so they can’t be modified easily (ie. roms).

I personally find HTC Sense a lot better than Samsung’s Touchwiz, and their phones are definitely better built (qualityr and design) than Samsung’s. But I have to agree with most people that it’s the absence of the microsd option and removable batteries which have put people off. Have switched to the S3 and looking forward to the Note 2 but still hoping HTC would listen and come up with a more practical phone in the future…

See this is where subjectivity comes in. I like certain aspects of the Sense UI but I have a liking towards Touchwiz. It reminds me more of MIUI which I had on my rooted Motorola Atrix which I loved. I also agree with the Note 2, that looks to be a killer handset. I think also with the HTC bandwagon if they just released less phone’s but made them better it would really help. Why not release the One X+ to start with? No need for an ‘XL’ make them all 4G. A lot of things that just confuse and… Read more »

I for one am glad to see the companies whom ignore the power users not making big bucks. I’m looking at YOU to Motorola

I had a Motorola Atrix (which I still believe is one of the sweetest phone’s for size and how it feels in your hand) but boy oh boy did the OS with Motoblur stink.

Once rooted however with MIUI loaded on there it is a damn nice phone!

what do they expect when they treat their customers like they have with the Incredible S fiasco!

It’s a shame, since HTC’s are designed so much better than Samsungs. Both exterior and UI.

I wouldn’t have bought the S3 had the One x had swappable memory and battery.

If only HTC phones didnt come with locked boatloads and had support for micro SD n a removable battery.

couldn’t agree with you more on all of that !

I agree completely as well. I don’t want to overload the phone with my FLAC music if it doesn’t have sufficient storage… With an expandable, it’s just sweet.

One the biggest let down for the one series is no removable microSD.