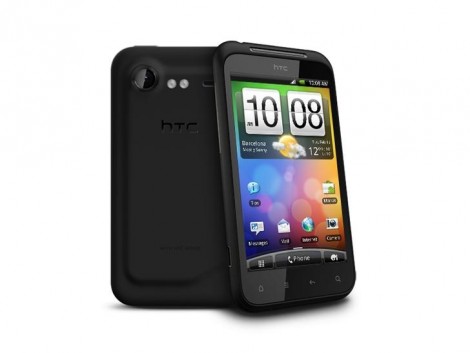 Virgin Mobile customers who have been waiting for the Android 4.0 update for their carrier-sold HTC Incredible S phones have been receiving some mixed signals.

HTC originally promised the update for the Incredible S on its Android 4.0 Updates and FAQ page.

For some time now, Virgin Mobile’s Ice Cream Sandwich Update Page has listed an incoming update for the Incredible S, originally due in August 2012. As time passed, the date slipped to September, and then the variable-and-ambiguous “soon”.

Last week, a user on Virgin Mobile’s Facebook page queryed the status of the update, at which point a Virgin Mobile representative finally stated that the update would not be made available:

When pressed for further information:

When updates are made available they’re tested through the carrier but released through the manufacturer so this isn’t something we’re able to release, sorry.

The HTC Incredible S was originally released in February 2011, putting Ice Cream Sandwich well inside the 18 month update window often associated with Google’s Android Update Alliance. The phone should be receiving this update – it should also receive Jellybean. This is the latest in a string of incidents that have caused many to call the effectiveness of the Update Alliance into question.

Confusingly, the update was released by Optus over a month ago. It appears that the decision to discontinue over-the-air updates for the Incredible S was taken at some point after Optus rolled the update out. We also saw some comments from Virgin Mobile users at the time telling us their devices had received the update.

We reached out to Virgin Mobile for clarification on the status of the update and why it hasn’t been released. After they spent some time following up with HTC, we received the following statement (from HTC):

For the Incredible S, we believe the current version of Android with HTC Sense provides the best customer experience. However, we also know that some customers want Ice Cream Sandwich for their device. In lieu of providing ICS to customers through their carrier with an over-the-air update, we’ve decided to offer the option to download a developer version of ICS. The download is available on the HTCdev site (www.htcdev.com).

While this doesn’t explain how the update came to be released over-the-air by Optus, it does give users a way forward for updating their device using the developer ROM provided by HTC.

Note that we’re awaiting clarification from HTC on their support for this ROM in terms of security and bugfix updates. If these are important to you (and they should be), you might want to wait a little longer, or investigate other alternatives.

If you want to update your Incredible S, you can download the ROM Upgrade Utility from HTCdev right now. The update appears to be a generic ROM suitable for all Incredible S devices worldwide.

We’ve also confirmed with Virgin Mobile that installing HTC’s developer ROM in this fashion will not void your warranty.

Have you updated your Incredible S with Ice Cream Sandwich? Was HTC right about the “best customer experience”? Let us know how you feel about it in the comments.

I have 2 Incredible Ss one with Gingerbread and one with ICS both unlocked. I can not get ICS for the other one. Links above in article do not work. Can not find ROM download on HTCdev, seems to offer little.

Very disappointed after a long wait. Android 4.2 is already comes out. Now even the Optus RUU is no longer available to download on HTCdev. I’m seriously consider not buying HTC next time.

Ok I did the update. It was extremely easy. My main concern was would the hotspot utility still be available/free and it was. My second concern was performance. I’d say it’s good and completely usable but slightly slower. Again completely usable but I didn’t find it is any faster. Something to keep in mind is that my phone has only been flashed/up for about 12 hours with minimal use so it may need to build caches or something. I see not having several of the carrier features included as a bonus. Another bonus is I can now have Chrome. No… Read more »

I left a comment yesterday but apparently it has vanished.

I am very upset by this decision which can only be put down to sheer penny pinching and laziness on the part of HTC.

Also, the download link at htcdev.com is broken, it seems the ROM file has been removed. It’s been like this for more than 24 hours now.

Very bad form, my next device definitely won’t be a HTC

i knew it, and thats why i only have nexus devices including the nexus s and nexus 7, and you want upgrades on time, nexus is the one and only.

Wow am I glad I didn’t wait and went the route of rooting my phone. I’ve had ICS for a while now and it runs perfectly. No idea what that gingerbread offering “best user experience” is based on.

Any idea which one of the ROMs we should be installing, there doesn’t appear to be one listed as Virgin. There is an Optus one but i’m assuming it comes with Optus bloatware.

Best to install the asia version. It shouldn’t have bloatware and should run slightly faster because of this. Worst thing that can happen is that it gives error and you boot your phone back to GB and try the other one. But people from overseas carriers have been successful flashing the asia 4.14.405.2 unbranded ruu from HTCdev 🙂 Good luck

I queried this with HTC (I was also confused by the options and a lack of carrier-specific ROM), the Asia version is correct.

There is a link to the .zip in the article.

Its pretty terrible, that a device that should be getting Jelly Bean, is not even getting ICS. Not buying HTC again unless its a Nexus device.