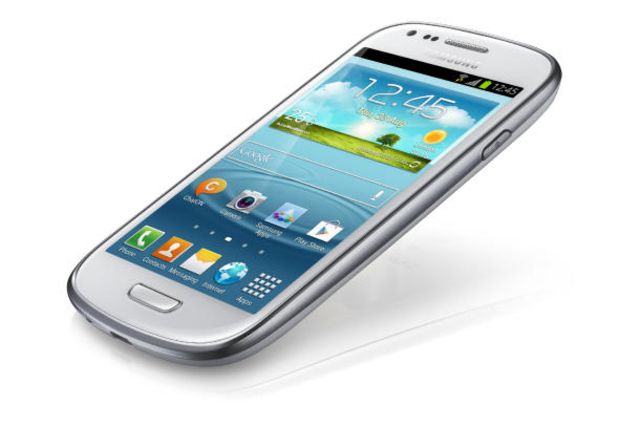 Overnight at an event in Germany, Samsung has unveiled their Galaxy S III Mini smartphone. The phone which is not only mini in name but also in specs is a pretty basic model with a 4″ Super AMOLED screen at a pretty basic 480×800 resolution and has a 1GHz Dual Core processor, camera wise it has a 5MP rear camera and a VGA Front facing camera as well, it does come with Jelly Bean or at least a Touchwiz version of Jelly Bean and the usual physical home button on the front.

We asked Samsung Australia about availability of the Galaxy S III Mini here and they advised :

Samsung Electronics Australia is pleased there is interest about the GALAXY S III mini in Australia, but we are unable to make any announcement at this time.

Crazy Johns is at the very least monitoring feedback on the announcement of the Galaxy S III Mini so it is possible it will come to Australia.

Overall I don’t think this phone really should be associated with the Galaxy S III in any way shape or form with the specs they have given but it’s Samsungs branding to do with what they please. Biggest question for now is Are you interested in a Galaxy S III Mini?

Spec wise it has the exact same specs as a much cheaper Sony Xperia U other then bigger screen , bigger internal sd and external sd slotm but you can save so much more if you get a Xperia U at around only $200AU outright

Wow – even the GSII has this beat – it better be cheap!

I was interested Galaxy S III packed into a smaller 4″ screen chassis, but this is an S III in name only.

Does Samsung know what mini means? This is just a cheap and nasty GSIII.