Home Mobiles Get an early look at the Asus Padfone 2 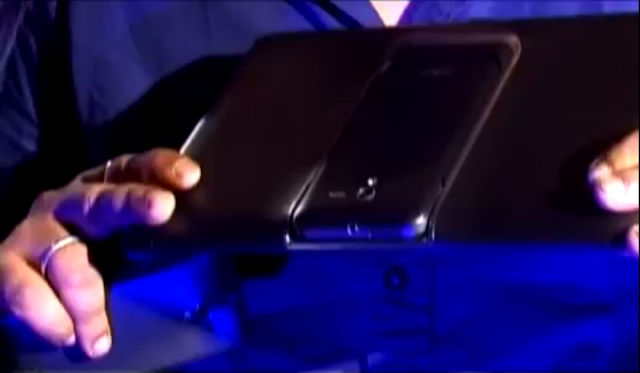 With an announcement in Milan coming next week on October 16th in Milan, all the details on the Padfone 2 will soon be public but Phandroid has pointed us towards a YouTube video which, whilst mostly focused on Asus’s upcoming Windows 8 devices has a surprise entry at the end in the form of the Padfone 2.

The phone shown in the video has a larger screen(4.7″) than the original and the power and volume rocker are located on the right hand side of the unit, the camera is also said to be 13MP and the test shot looks to be pretty impressive. The dock as well has been redesigned, it is now lighter with a bigger battery and the phone dock is now coverless.

Check out the video below and remember that you’ll be able to watch the announcement live on the Asus website on 16 October 2012 at 8PM AEDT.

No Video here says: This video is private

Thanks Dennis, looks like the video was removed from YT. Re-posted with another link to the same video – try it now 🙂

Guys, the redesign of the website looks utterly sensational! Modern, clean and pleasing to the eye – leaps and bounds better then the previous design. The Ausdroid logo may need an update though – perhaps you should run a competition? Anyway – well done 🙂

I agree, the website looks fantastic guys but my view is that the Ausdroid logo still looks pretty good.

Agree, logo needs a bit of a cleaner look now that the website got the right treatment. Looking forward to seeing more from this phone, let’s just hope it feels as good as the specs look, doing away with the cheap plastic feel of other high end androids.

Looks like a beast of a phone on paper with all the padfone extras.

that looks great. hoping they ironed out all the kinks from the first padfone! if so, I think im ready to get one! and hope they keep the price down!