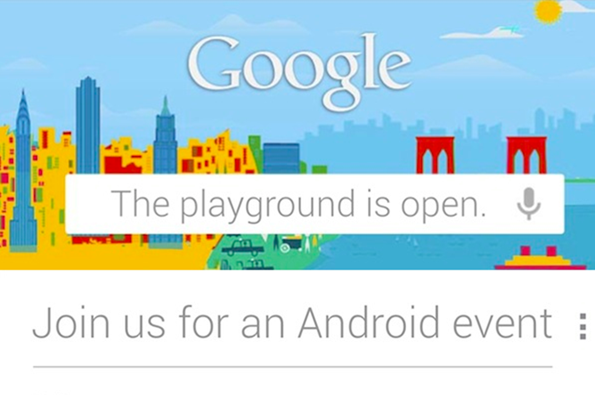 The other day I posted an article regarding the Android event to announce the next Nexus Devices. Well it seems we might be able to add three more devices to the list for the show on Monday, The Next Web recently obtained information from a source, that a video making the rounds of Google’s offices contains all the information regarding the devices that will be on show next week.

According to The Next Web’s anonymous source as well as the LG Nexus 4 which we have already seen multiple leaks for, there will be two new models of the Nexus 7 that will be announced next week, a 32GB variant with Wi-Fi and a 32GB variant with 3g/HSPA+. Samsung has been working on a 10″ Tablet for the line-up next week codenamed “Manta”, the Nexus 10 is said to boast a 2560×1600 (16:10) screen and will launch with Jelly Bean .

Speaking of Jelly Bean (4.2), the guys over at Android Police have been looking through a system dump and found some new features and improvements that will arrive with the Android 4.2 update. The updates include multiple user accounts, redesigned Gmail app, redesigned gallery and camera UI as well as hardware controls and improved cards for Google now.

We’re still just a week away from the event, which is scheduled for October 29th in New York and with all the leaks coming out, it is shaping up to be a pretty impressive one!

Source: The Next WebAndroid Police.

Just give me a Nexus phone with a removable battery, SD card decent specks and I will be happy…

Hopefully one of the Nexus devices will be an improved Nexus Q!

Nobody else has been reporting 4.2 as KLP for months now. It’s pretty much 100% that it’ll still be Jelly Bean.

You only changed one reference, it still mentions KLP in another spot.

well i dont see them launching a device atleast in the US with only 3G/HSPA+, it will be LTE, i just jumped ship over to android and am loving it but dont think we will see a major OS upgrade until next year(i.e every 2 years) but i hope im wrong, if they launch muilatble nexus device buy the wnd of the year i hope we see more then just 1 now.

Before the great Honeycomb and ICS delay Android did smaller 6th monthly drops. These were smaller incremental updates more in keeping with Agile development strategies.

Expect this to be the norm again from now on. The revolutionary changes are likely to be bundled as smaller addons, like Google now, than big framework rewrites.

I don’t know about the technical requirements but your point about LTE makes a great deal of sense given that the N7 is so easy to tether to an android phone. I can’t see any reason to pay for 3g option (and additional data plan) when the combination of Foxfi on phone and PdaNet(tablet) works so well as a wireless tether with no reduction in speed.

Pretty sure thon was talking about the Nexus 4, not the Nexus 7 or 10.