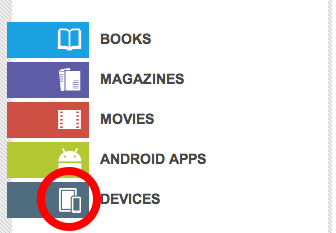 Eagle-eyed reader Sean wrote to alert us that the Australian Play Store’s “Devices” icon has seen a subtle change today.

This could be an indication that Google plans to sell the LG Nexus 4 – widely believed to be launching at their The Playground Is Open event on October 29 – directly to consumers in Australia, similar to the Nexus 7 launch with pre-orders.

Will you buy a phone directly at full price from Google, or do you prefer to buy from a carrier on-contract? Let us know in the comments!

Had a feeling this was going to happen. Excellent 🙂

Whether you actually want to buy these devices or not, its good having the option.

After all, you only need to look at Amazon, Hulu or Netflix to realise that we are second class citizens in the world of content and devices – its good to see all these little steps forward.

That being said, I think what a lot of people would really like to see is access to google music.

I have a Nexus 7 bought through Kogan and works as well as the Nexus 7 a friend bought from Google. Even got the same OTA updates at the same time. So I probably will buy the Nexus 4 from Logan if they offer it. If not, I would be happy to purchase through Google provided they are competitive. Unfortunately, I am not made of money.

Have credit card, will buy.

Oops…..yes I would directly from Google.

Kogan has served me well so far. Nexii from indeterminate countries.
Let’s see what we see….

well seeing i just brought a motorola razr HD on a telstra contract about a month ago i wont be but i hope google does, i also hope they allow google wallet on these devices as well seeing they will have access to the hardware needed for the payments

Definitely direct from Google. I do not want updates to be delayed.

Assuming there’s a 32G version, I will buy it from the play store on the day of release.

From Google Play store for sure.

Direct for sure. I hate contracts! I’m also sick of Carrier delays in software updates.

However, the other big plus of buying direct is that hopefully Google will do this at little to no margin like they do with the N7 which should make it very good value.

Yeah…or some profit goes to them rather then carriers…this way everyone gets a larger slice, Google AND manufacturer. Carriers make enough of our plans. I pay $60 a month to Optus and their service and coverage is shyte. So they’re basically just getting free rent from me sitting on idle on their network, I barely call or txt and the internet is atrocious. Contract up contract out.

Oh yeah, another thing i would like for Nexus 4 is LTE or at least HSPA +. But i doubt it

As a galaxy nexus owner the improvements im looking for are, 32 gig memory, better speaker, battery life, Browser and camera. Better general performance would also be nice. If they have these i would consider the nexus 4. Otherwise i can live with Gnex for now.

My old phone (Desire HD) is slowly dying and I’m anxious to buy the next Nexus directly from Google. I got the Nexus 7 as soon as it was launched, I was so happy that it was available here in AU and that the price was reasonable.

I’m happy to buy through Google directly (avoid carriers) but only if the price is right. For example, I’d prefer not to see it see Dick Smith Electronics for $50 less than Google direct. Or $100 less imported from the US for that matter.

Don’t think I’d buy a phone on contract again. Got the N7 from Google store and hoping that the new phone will be on there too, hopefully at the same price too 😀

I’d buy it from Google direct. Got my Nexus 7 from there and had a good experience.

Oh man I really hope this is true. Direct from Google Nexus devices would be fantastic news for me! I’m so completely over carriers and their damn delays in software updates

If I can buy the phone directly from Google, I most certainly will. The more I can avoid the carrier the better.