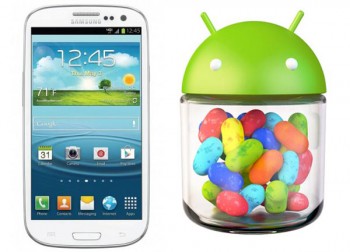 Seems the Galaxy S3 update is ready, at least for the non-carrier bloated recipients anyway.

We received a tip today that the unlocked international Galaxy S3 phones are receiving the Jellybean update and subsequently had confirmation from another user. Hopefully the roll out beginning on the unlocked versions will trigger the carriers to get a move on and finish reviewing theirs for OTA release sooner rather than later. As always we’ll ensure the let everyone know ASAP when further updates are released.

Thanks to both tipsters for the early heads up.

I bought my S3 from Kogan. After updating to JB, I can no longer recieve 3g as Telstra doesn’t support it yet? Any ideas?

From the previous discussion, it seems Kogan is selling different types of S3.
I purchased outright last week – disappointment till date.
The phone also has optus bloatware – wasn’t that not supposed to be?
Having purchased this because my Nexus S running JB broke a week ago – I feel cheated 🙁

Mine was international Euro model unlocked. It updated to jb fine, however turn by turn directions on navigation has stopped working .

My S3 is also bought from Kogan with version LH1 at the end. When I try to update OTA, I get the server busy error and try again. I tried Kies (updated) and there’s no new firmware update button for me to press 🙁

Mine is an unlocked international version and I check on Keis this morning (23/10/12) and no update.

Also have a Kogan purchased phone and still no update… for those that have got it, any chance you could check what your CSC is? Were you on LH1 (EUR)??

… anything of note in the update – or just some bug fixes… ?

got my update through kies today, brought it unlocked from kogan.

No updates from Kies or over air found.

I am tempted to try clicking “Firmware upgrade and Initialization” (drop down menu from Tools) – but this warns that all data on device will be erased, so I did not proceed.

Did you get you updates automatically or am I missing something ?

My S3 (from Kogan) got Jellybean (OTA) on the 17th. My wife’s on the other hand appears to be more heavily tainted by Optus firmware, and has not yet gotten any update. (We’re both using the same Optus wholesaler as a telco.)

Sadly, mine hasn’t come yet. Bought it unlocked from Kogan, but I think it has some attachment to Optus. The wait continues….

Mine is an unlocked AU model but no update here until the carriers release theirs. Very disappointing.

As nice as it would be to think that…
Don’t hold your breath chief!

james what was wrong with your sammy, i hadmine one day and it has to be replaced after original was replaced under insurance claim. (not connecting to network) or home zone. not good sammy. quality never beats quantity

I had had mine since launch without issue until a few weeks ago when making phone calls stopped working 😛 They couldn’t hear me and I couldn’t hear them…. Sometimes it would work. It has been away for over a week now. Hopefully not too much more waiting!

A heap of European Carrier ROMs have been steadily trickling out on sammobile.com over the last week or two.

Most of the updates are for the I9300, we still have to see one for I9300T which is the version sold here in Oz for the 850 MHz band. Hopefully we can have the updates available in a few days