Home News and Editorial Could this be from the Nexus 3? Updated : No, it isn’t 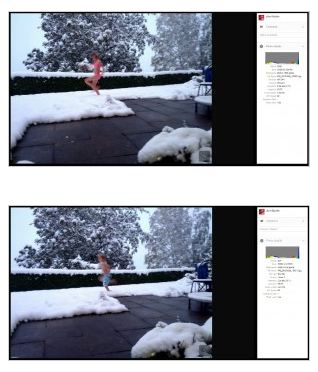 Exif data from two photos found earlier today list the camera used as the Nexus 3, re-igniting rumours of multiple Nexus devices from multiple manufacturers. Exif data can be faked quite easily, but these photos are from the Google Plus account of one John Mueller, the ‘Webmaster Trends Analyst‘ at Google Switzerland which lends them a bit of credibility. The photos are only 3MP which could point to a low-end Nexus, or it could be due to the Google Plus auto-upload which compresses photos to 3MP. Tomorrow would have been the day we knew for sure, but unfortunately Hurricane Sandy ruined those plans. ‘
What do you think, do Google have a surprise up their sleeve, even after all the leaks we’ve seen the last few weeks?

Edit : Mr Mueller has admitted in the Google+ post that these photos appeared in that the Exif Data has been modified. You can check out the original post with comments here.

John Mueller has confirmed on his Google+ feed that the EXIF data was modified.

I wouldn’t be surprised if Google do have some sort of surprise in store – some little secret tucked away. I’m really looking forward to the day that Google do announce their latest offerings.