Home Tablets, Laptops and Chrome Which tablet should you buy? Comparison charts 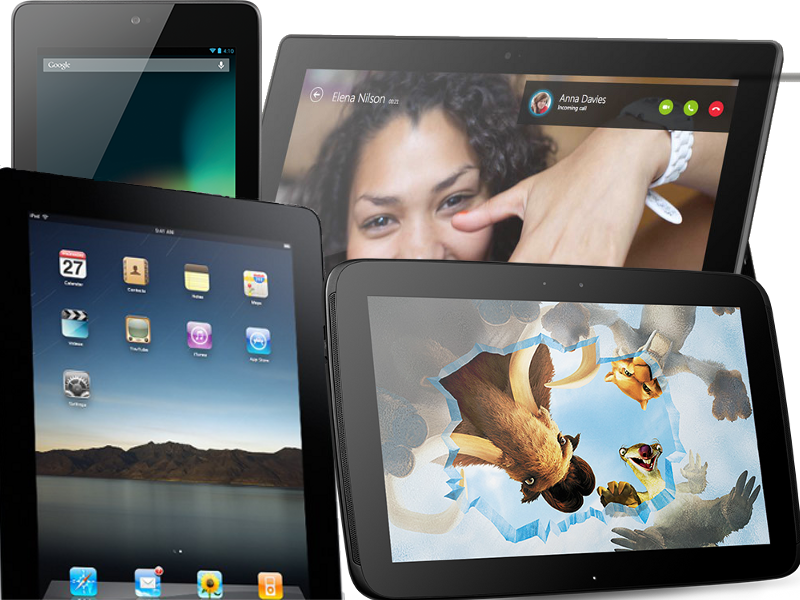 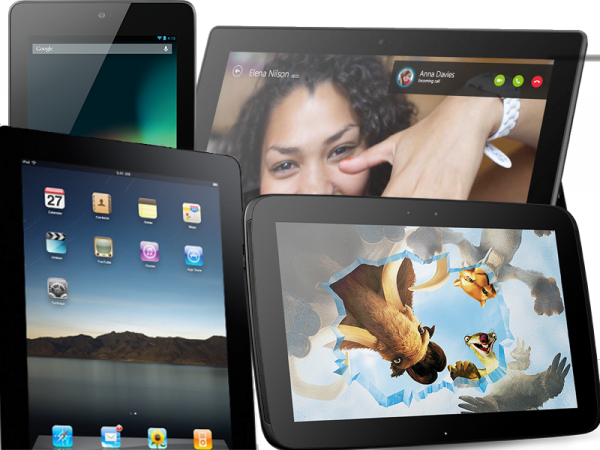 As you probably know by now, Google’s latest (and largest) member of the Nexus family is now listed on the Play Store and will be taking orders soon. But with the Microsoft Surface and the new (new) iPad just recently announced as well, the tabletosphere is a little crowded right now. So I’ve made up some handy tables to compare specifications. And while I know that raw specs, like processor speed and how many cores are in a device, don’t mean a lot in terms of usability or awesomeness, things like pixel density and screen size certainly do.

And even though Apple seem to think that the iPad Mini is in a different class to the Nexus 7, I made a comparison chart anyway:

So, are any of you sitting on the fence here? Personally, I’m leaning towards a Nexus 7, but the Surface intrigues me. I would not buy a Samsung-made tablet without having seen one in the flesh, but I do prefer the 10″ size. Feel free to discuss your thoughts in the comments!

The Surface has no Bluetooth? That seems a truly bizarre choice.

The Nexus 10’s A15 chip should keep it at the top spot for a while.

for the workplace where we have MS servers, exchange, Windows7/ Office 2010 – I am going to try a surface or similar just because it slots into that environment well. otherwise the Android 10″ are a fab bit of gear for personal use

I would definitely go for the next 10 should the built quality is on par with my sg notes. The screen is a no brainer, and that’s what a tablet about Imo

have a nexus 7. love it. would I get a 10? having already got an Acer A500 that hardly get’s used.. the answer is no. That large format doesn’t appeal to me. Although using a big screen tablet after using the 7 feels somewhat luxurious.

Ive got a preorder down for a surface but the nexus 10 is appealing.

Im still happy with my choice in the surface though, Windows 8 would be pretty awesome on a tablet and ill just have to wait and see what it can do. Lets hope I dont regret it too much down the track.

Very impressed with the Nexus 7, good build quality, butter is very smooth, resolution is great. very handy for the sofa.
That said, I am very keen to see the 10 to see what the build is like.

It’s all about the build quality for me. Here’s hoping Google had some control over it. The Nexus 7 is awesome.

I recently got a Nexus 7. I still use the original SGS on TouchWiz 2.3.3 and the experience of using the Nexus 7 is a breath of fresh air. Project butter is a smashing success in my book, the tablet is meets every expectation I had and then exceeds some.

After having the transformer 101 original I realisedy s3 will do everything I want android to do. I still feel I want a tablet but in so something that has less limitations. The Samsung Ativ Pro with full windows 8 or Microsoft surface pro would be my next take. I don’t think I’d do any betterbthen my transformer if I purchased the surface rt version. And while the Res and specs are great on the nexus 10 it still has the android limitations.

I’m currently thinking of getting a Nexus 7. The 10″ size is sometimes a bit large for me and with the N7 it’s easy to pop into your back pocket.

Yeah, I would much prefer the Surface with a high-res screen, but the Pro is just too dang expensive.