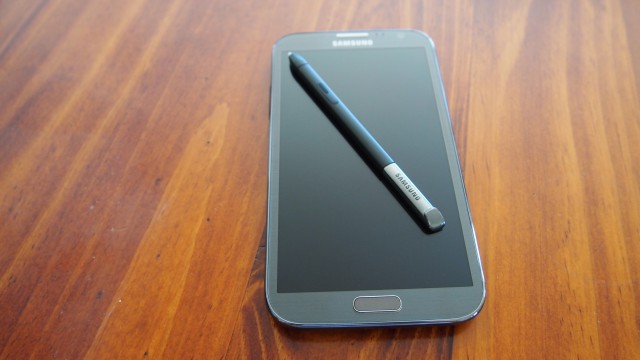 Today, Ausdroid received an invite to an event to launch the Samsung Galaxy Note II in Australia. Of course, we’ve already reviewed the Galaxy Note II but we had our review unit ahead of the product’s launch in the Australian market.

Ausdroid is just one of an exclusive number of tech media outlets invited to the launch, where attendees will experience creativity, performances and innovation, and of course, get hands on with the Galaxy Note II. It wasn’t long ago we went to another Samsung launch for their concept store in Sydney, and we had a good time there, too.

Much like the original Galaxy Note, the Galaxy Note II comes with an “S Pen” stylus that allows handwriting of notes and annotation of images and PDF files. It’s quite likely that the version to be launched in Australia will – like many other launches in 2012 – feature 1800MHz 4G compatibility, meaning you’ll be able to get your Galaxy Note II on with Telstra and Optus 4G networks.

Samsung announced in August that it has sold 10 million units of the original Galaxy Note worldwide. This is quite remarkable, given the dGalaxy Note was only ever thought to be a niche device.. guess that the phablet was more popular than initially thought!

Hey what happened to this? I want to buy a Galaxy Note II from an Aussie carrier. Probably from Telstra so I can get HD Voice and good 4G (the only 4G in Adelaide). Does anyone know if you can get HD Voice working with Telstra using an international version?

No unfortunately you can’t get HD voice working on imported versions. I had an imported Galaxy Nexus, no HD voice. Tested a Telstra stock Galaxy Nexus and it worked. I now have an imported Note II LTE and it doesnt work. Telstra make some low level changes to the system which can’t be replicated

So where’s the update on this? How weird to announce you’re going but then not post coverage of the event.

So… what happened?
Nothing on the main page yet for todays news 🙁

I wonder how long we’ll have to wait for Jelly Bean 4.2 or whether that will be skipped for 4.x or 5.x?

Ya reckon it will be available to purchase outright? I don’t want to be stuck with 24 months contract 🙁 Keep us posted Chris! Cheerios!

I was about to order one through MobiCity but now I’ll wait until November 14.

Love my phablet. It’s the original Note. I never want to go back to an ordinary phone.

The N7105 is 4G compatible with Optus and Telstra 4G, it’s just come into stock on MobiCity. Hopefully this is the version launched locally, as opposed to the N7100 which is 3G only!

The specs of the n7100 is 4g aswell I called up samsung and confirmed i have the n17100 but telstra does not have the apns for this phone yet. I dont think samsung would make a 3g only phone in this day and age.

Will do – it looks like at least one or two people from Ausdroid will be there.