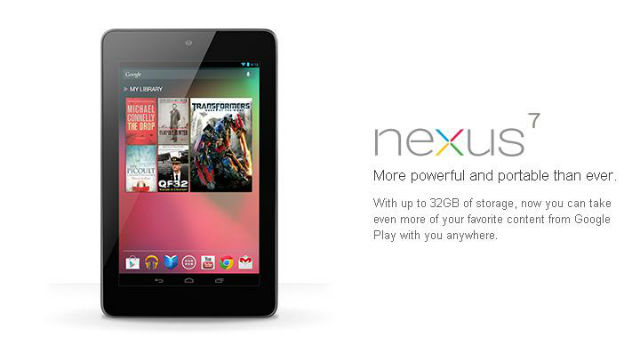 Looks like shipments of the Asus Nexus 7 have resumed, Scott one of our regular podcasters here at Ausdroid has advised that he has just received his shipping notification for his 32GB Nexus 7 which he ordered yesterday from the Google Play Store. His notification confirms that as was the case with previous Nexus 7 shipments it is being shipped from Hong Kong via FedEx and looks set to be delivered in 3-5 business days advertised on the site.

With sales of the Nexus 7 halted for a couple of days to EOL the 8GB Nexus 7 and also adjust the price of the 16GB version the 1 Million tablets a month that was reported earlier may have a slight hiccup this month. Did you order a 16GB or 32GB Nexus 7 or are you waiting for the appearance of the 3G enabled 32GB Nexus 7?

I am waiting for the 3G model. I’ve decided that the smartphone is now history, and it’s time to go for the tablet to do the smart functions and a “dumb phone” that I don’t have to charge every day for calls/text.

Any news on when the 32gb will be available in JB/Dick Smith etc? I’d prefer to pick it up in a store.

Hopefully they have fixed the ordering/dispatch procedures. I’ve separately ordered three Nexus-7s and all of them were picked up by fedex and delivered to the fedex distribution facility, then half-an-hour later were marked as “missed fedex cutoff” and proceeded to stay in the HK fedex facility for another 24hours before continuing on their way.

It already did a few weeks ago. Dick Smith and Harvey Norman have been selling the 16gb for $270 for a while.