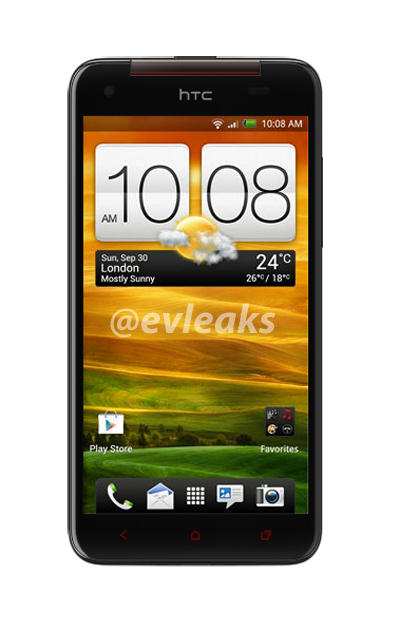 We’ve been watching with keen interest the leaks regarding a 5″ 1080P phone from HTC for a fair while now, we saw the J Butterfly announced in Japan a few weeks ago and just the other day the US version the Droid DNA was announced for Verizon. Now EVLeaks has released this picture with the tag ‘HTC Deluxe, global edition’.

Unfortunately the only information in the tweet was the name and no specifications at this stage, although if the J Butterfly and Droid DNA are anything to go by we`ll see a Snapdragon S4 Pro CPU, 2GB RAM, 16GB Internal memory with microSD Card Slot and of course the 1080P SLCD3 Screen that has gotten everyone so excited.

Of course we’ll reach out to HTC Australia for their take on whether the phone will reach Australian shores. So, Who’s up for a phone with a 1080P resolution?

it’s 16GB and no microSD Card Slot. who writes this drivel? and it has poor battery performance but yes beautiful screen and camera actually.

The American version (HTC Droid DNA) has no MicroSD but the Japanese
version (HTC J Butterfly) does have a MicroSD slot that does support up
to 64gb cards. Unfortunately, nether are compatible (3G and 4G) in
Australia.

Just hope that the international version has a least a 3000mAh battery.

Let me unlock the bootloader to get rid of Sense and I’m sold.

I’ve been watching too – waiting to get myself an early xmas present. I heard the international version was going to be called HTC Deluxe and the Australian release date was 7 Dec (http://whrl.pl/Rdnk7R). I also read that the rumoured Google Nexus 5 would be done by HTC (the X5 – http://www.pocket-lint.com/news/47688/google-nexus-five-to-be-made-by-htc) which showed up as an alias for this phone in a spec sheet I found a few days ago – I’m looking for a bit more proof that it’s the same phone yet, though.

Can someone help me with following questions?
1. When say you have up to 32GB Memory on MicroSD card mean you can only use the 32GB one not the 64GB right? If so any reason why?
2. Does HTC provide international warranty?

It will need to have a bigger bloody battery than 2 released so far or note will be my purchase!

If it’s a $800 phone, well it’s hard to justify nowadays.
But I’d still love one. And I’m cool with it having Sense.

Ditch sense and its all mine