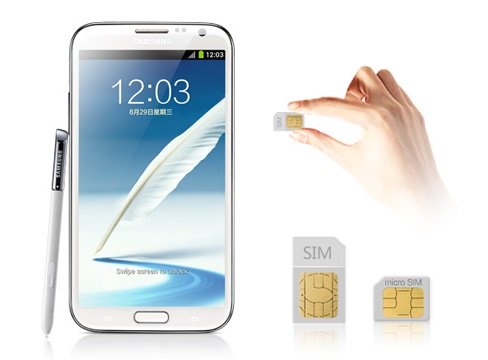 Samsung China have released a new dual-SIM variant of their ever popular phablet, the Galaxy Note II. Labelled as the GT-N7102, spec wise, it’s identical to the Note II, except for the obvious addition of dual-SIM capability.

And as if this wasn’t enough, there have been sightings of a dual-SIM Samsung Galaxy S III in China. With the model number SCH-i939D, just like its Note II counterpart, it has identical specs to it’s single SIM siblings, except that it will ship with Android 4.1.1 Jelly Bean.

The two SIM slots are reportedly a combination of GSM and CDMA, and will likely contain the same radio frequencies of the Note II listed above. If either of these devices grab your interest, don’t hold out for them to appear at your local Aussie carrier, as it’s expected that neither device will be sold outside of China.

If I were to purchase this handset from china will it work in australia with a Vodafone and virgin sim with data?

So could 2x NextG SIMs be used at once in this? Or like other dual SIM phones, one is 3G while the other just GSM.

awesome. i hope they release the 4G Note II in dual sim

China’s doing something right, in all other countries, dual sim phones are very inferior to single sim phones.

You’ll never see a dual sim phone like that on a contract and thats cause Telcos don’t want you to use anyone else other than them.. and they won’t sell them outright because well.. they don’t appeal for the majority of people..

I think alot of people will be in my shoes.
You have your home number and a work number and it’d be nice not to have to carry two phones.