Home Mobiles Android OS and Updates Making the most of your Android device: Custom ROM roundup

With Google having dropped the Nexus S from AOSP, and the Nexus 4 beginning to arrive in people’s eager hands, we thought now was the perfect time to discuss one of Android’s most appealing features – the ability to flash custom ROMs that can add many features that can take your awesome Android experience and make it SUPER-awesome! We’ve put together a quick round-up of some of the more popular AOSP distributions, highlighting some of their best features.

Obviously, to flash any of these ROMs, you’ll need to have rooted your phone, and be running a custom recovery such as TWRP or ClockworkMod.

In the interests of full disclosure, I’m currently running the following ROMs: CyanogenMod is the original (and some might say the best) custom ROM. Almost all ROMs that give an AOSP-style experience are based on, or use features from CM. The CM team have adopted an incredibly professional attitude towards their build and as a result, CyanogenMod is a stable, pleasant and visually-consistent ROM that could easily ship on a phone and people wouldn’t even know it was made by (extremely talented) amateurs.

It is by far the largest custom ROM, with over 3 million installs recorded as of August this year. Over 70 devices are officially supported by CyanogenMod, and there are unofficial builds for many more. If you have a relatively recent device (think Galaxy S onwards), there is a good chance that you’ll be able to run CyanogenMod. There is also a legacy version of CyanogenMod, based on Android 2.3 that is still supported for those of you with older or less capable phones.

CyanogenMod may not have as many features as some of the other ROMs mentioned on this page, but those it does have are fully-functional, well thought out and innovative. What is lacks in features, it more than makes up for in device support, ease of use, UI consistency and stability. I dare you to go back to your stock build after using CyanogenMod. 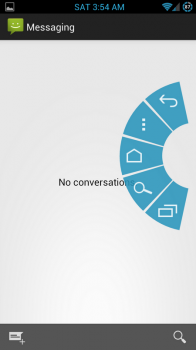 AOKP (or Android Open Kang Project) started out as another CyanogenMod derivative, but has grown into its own, developing many features independently of CyanogenMod. One of its main distinguishing features is the ability to completely customise the nav bar (on phones that use on-screen navigation buttons, or tablets). You can add buttons, like menu, search or an omnipresent shortcut to the application tray; change the buttons’ colours; or remove the navigation bar entirely.

AOKP is like the CyanogenMod 7 of Android 4.x custom ROMs. For those of you who never used CM7, this means that the ROM had so many settings that there was no real way of organising all the awesome tweaks in any meaningful fashion, and consequently the settings menu was a catastrophe. Alright, AOKP isn’t quite as bad as CM7, but if you’re serious about customising your phone or tablet, AOKP should definitely be considered as your daily driver. Apart from brief sojourns with HTC Sense-based ROMs on my old HTC Magic and HD2, I’ve almost exclusively used CyanogenMod as my daily driver. But since CM haven’t released an Android 4.2 build for the Nexus 7 yet, I turned to ParanoidAndroid after hearing about its ‘hybrid mode’ feature, which as far as I can tell is unique to this ROM.

ParanoidAndroid is largely based on CyanogenMod, and so has many of the same features, such as the T-Mobile theme engine, notification bar settings toggles and lock screen customisations, but they add their own pizazz in the form of ‘hybrid mode’, which makes it an excellent choice for larger-screened devices like the Nexus 7. Hybrid mode allows you to tell different applications whether to run in tablet-mode or phone-mode, or something in between. It also lets you choose custom DPI settings per-app, so for instance if you like having all the things on your homescreen at once, you can set a high DPI for your launcher, but have the rest of your system normal. 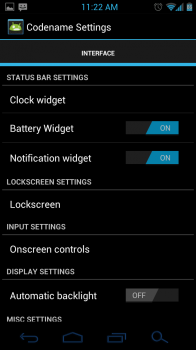 I’m personally not as familiar with CNA as I am with the other ROMs in this roundup – I had horrible stability issues on the Nexus S so I went back to CM10. But it comes highly recommended by several of our writers and I can attest to its insane speed. Random reboots and failing to wake from sleep aside, CNA was hands down the fastest ROM I’ve ever used. It combines all the best features of CM and AOKP, sometimes implementing both and letting you pick which version you like better (in the case of the notification settings). Unfortunately, because CNA isn’t as established as CM and AOKP, it isn’t available for as many devices — basically just the Nexus range and a couple of the more popular phones like the Galaxy S III.

Which custom ROM do you prefer? Do you run one that we haven’t mentioned above? Let us know in the comments.

The obvious one not included is Miui Rom. Not sure of the current state of it but I really liked using it some months back and only removed it in the end because the developer of the particular incarnation I was using quit developing. DarkyRom was my first rom for my SGS1 (still using this phone) and I know from a recent video that they’re at least on Jelly Bean and have a rom for the SGS3 – not sure about other phones – I think they may only develop for the SGS line. Currently running CM10 nightlies on my… Read more »

I thought about including MIUI, but I decided against it for a number of reasons. One of which was that I don’t like some of the aesthetic changes they’ve made to Android 4.x. There’s also a lot of controversy around that ROM and I did not want to get involved in that.

I don’t know how I managed to never run a Early ROM back when I had a Galaxy S, but I have heard a lot of good things about them.

Aokp for my S3! Stable, fast and loads of customisation..

I’m a huge fan of Rasbeanjelly on my Nexus 7. It might not have all the extra bells and whistles compared to the roms mentioned here but it gets the job done in a very efficient manner and is as stable as it gets.
http://fitsnugly.euroskank.com/

Running CM10.1 on my Nexus 4. Love CM. Had it on my sgs3 and HTC Onex. Looking forward to more ROMs coming to the Nexus 4.

Cannot believe you did not include Slimroms – http://slimroms.net/. Has a very impressive following and seriously quick.

Hi Paul, I’ve not actually heard of SlimROMs. I’ll definitely have to look into it for the future. Cheers!

Codename Android was my favourite on the Galaxy Nexus and the Nexus 7, I love how it cherrypicks the best bits from both AOKP and CM plus adding some of its own tweaks here and there. Unfortunately CNA is not as well supported as AOKP and CM so bugs can stay unsquashed for a while and not many devices are supported. Now that i’ve moved to the Note II (n7105) custom roms are not as common and I do miss some of the additional options they allow for. Luckily TW is nowhere near as bad as it used to be… Read more »

Interesting point you make, Matt. I know that when I’ve had a non-Nexus phone, I’ve put custom ROMs on to rid myself of the hideous and bloated OEM skins. With Nexuses though, there are just some neat features that I can’t live without.

I think the worst flashing decision I ever made was when I sacrificed the radio just so I could have Eclair on my Magic. A phone with no phone is pretty useless lol.

i think CM is a good place to start but the thing with CM is it’s less device specific so small tweaks etc may not be included for a certain device- they have to make the code work with each device. It is for this reason i normally try to find a rom that is sort of based on CM but is device specific- in saying that I am using AOKP on my nexus 4 and i love it. It is more device specific and being able to add a soft button to turn the screen off as well as… Read more »

I don’t think the settings situation for AOKP is anywhere near as bad as you make it out to be. They’ve got their own ROM Control area and it’s split up into the categories it needs to be. Most of the descriptions are alright as well. Some of my favourite features are nav bar customisation and notification shade wallpaper. And they have an app allowing you to backup and restore most of the settings, which is helpful for when you’re doing full wipes (which I do more often because of that app). Their mods to the Quick Settings shade in… Read more »

You’re right, it isn’t that bad. It just isn’t as neatly organised as I would like it to be. I have not seen their notification shade improvements, but I’ll definitely have a look. One of the things I most disliked about AOKP was their implementation of notification shade toggles, so I’d be interested in seeing what they’ve done with 4.2.

Running CM10 nightlies on my GS3. Haven’t bothered with anything else, but I love CM and don’t really have any reason to switch.

I run ViperVIVO on my Incredible S 😀

Are these Viper ROMs AOSP or cooks of Sense ROMs?
I’d love to be able to include other ROMs, but I cant test them all LOL. Maybe I should buy a separate phone just to test new ROMs 🙂

Viper is Sense, sir 🙂
Only on HTC devices atm, its sense 4/4.1. You should definitely check it out if you have a HTC device