While it doesn’t look like we’re going to get native NFC payments, the Android application has been completely redesigned specifically for Android. This is a good thing – the current version of Kaching has been branded a lazy iOS port by many Android users (including several Ausdroid staff), and has been plagued with stability and performance issues on Jelly Bean.

It looks like mobile wallets are finally about to become a thing in Australia. Vodafone announced their mobile payment system last week, and the Commonwealth Bank yesterday said that 46% of all banking transactions take place on mobile devices, with almost 7 million Australians accessing NetBank services online. 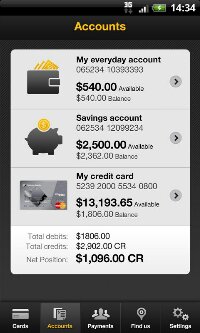 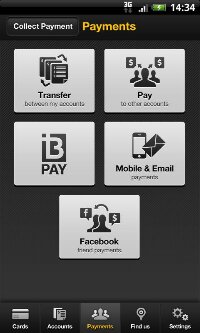 The current Kaching application for Android

Embracing and supporting Android is definitely a step in the right direction for the Commonwealth Bank. It’s good to see big Australian businesses taking note that Android is becoming the dominant platform in the Australian smartphone market, and there are benefits to developing proper, native applications for Android that adhere to its UI guidelines and take advantage of its cool features. It would be nice to see them embrace NFC too.

The Commonwealth Bank also announced its Android-based Pi Point of Sale system – running on a customised Android tablet named Albert – back in in July.

How do you feel about a proper, native Android version of Kaching? Do mobile apps affect your choice of bank for personal finance or business? Let us know in the comments!

I’m still waiting for a non-laggy version of Kaching which is unfortunate because i was really excited with the concept of the app. I have an s3 which is supposed to be one of the leading phones and yet the app is still slow and rather lacking. It’s a bit of a let down.

What is the Difference between the CommBank Kaching and CommBank apps on the Play Store?

PIN Login, Pay to mobile/Facebook contact, Simple balance, but I’m not sure if it’s worth the trade off in app sluggishness. Here’s hoping this native update will fix that!

It doesn’t make sense to have two apps. I’m assuming they are trying to push people towards Kaching, which sounds like a better app already? With native app just around the corner, why would anyone use the CommBank app.

I’m surprised they didn’t replace it to be honest. I guess it isn’t available to all Android devices, but they should just push their mobile site instead of that old app.

I still laugh that they offer NFC payments on the iPhone, if you have a special case, but don’t offer it on the android platform which has it built in!

It just confirms my thought that clowns are running our banking system over here. Why has no one offered as simple NFC payment system yet?

Pretty simple actually. Google/Telcos control NFC secure elements internal to Android devices and I assume CBA can’t get access to it. Their custom iPhone cases contain NFC chips that are entirely under their control/security.

Can you elaborate on this? I’m just not clear on how it works. I have apps that can read and write NFC tags, they obviously can access the NFC fine?

Accessing the NFC is indeed no problem at all, however accessing a secure element to minimise/prevent fraud etc is the issue! I don’t know the exact specifics though.

Simulating a credit card typically means storing credit card information in the NFC secure element (not just the PAN either) and then powering on the NFC chip to make a payment. This isn’t something that can be added in with a simple read/write function via NFC.

It’s the same issue that stops me from writing an app where I can enter my credit card details to use the NFC chip for payments. Google/Telcos have locked it down so that developers don’t tamper with it, hence Google Wallet and the more recent Vodafone Visa venture.

Look, all I know is that google have got google wallet working in the USA, why the hell is it taking so long for banks to get it working here!?

Westpac took 2 years to get their Android app working – it was a joke and now our banks are taking ages to get on board with this new trend as well.

Read the above posts 🙂

tl;dr: Google can, but doesn’t allow access to anyone else