Home News and Editorial Dear Google, where are my Nexus accessories?

At the end of this month it will be six months since the launch of the Nexus 7. That’s a pretty decent time frame, in that time we’ve been advised that Asus sell out every shipment into Australia within a week or 2 and they are now shipping close to a million units, per month, worldwide and that figure, when last we heard from Asus, was climbing.

When Google launched the Nexus 4 and 10 early last month there was a frenzy of ordering which saw the Nexus 4 16GB version sell out in what we timed as around the 22 minute mark with the Nexus 4 8GB selling out after around an hour. The Nexus 10 32GB version sold out later in the afternoon and in Australia none of the Nexus devices except for the 16GB Nexus 10 and the Nexus 7 flavours are currently available for order.

At this stage, The Nexus 7 is without doubt, one of THE most popular Android tablets on the market bar none, the Nexus 4 (despite it’s limitations) is a very hard to get hold of phone and there are people out there desperately wanting one and the Nexus 10 has sold very well at least in the 32GB capacity.

So devices are selling well but what is the next thing that you want to do when you purchase a device? Get accessories of course! You’ll need a case for that new tablet, spare charger, car charger, dock, keyboard attachement, wireless charger, bumper and more. But Google has completely and consistently failed with delivering accessories to their Nexus line of devices ever since the days of the Nexus One.

At this stage the list of accessories available for the Nexus 4, Nexus 7 and Nexus 10 is depressingly small.

We know of and have been able to order a bumper accessory for the Nexus 4, although these bumpers have only just started to arrive in Australia and the second round of orders have yet to begin shipping. We were shown a QI wireless induction charger for the Nexus 4 but have yet to be advised by Google of when or even IF it will ever go on-sale. 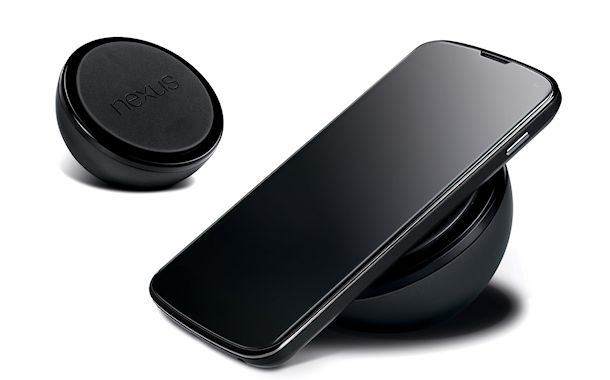 The Nexus 7, even though on-sale for nearly six months has only had a travel cover come out which is not even yet available through the Play Store, nor is a spare charger which I have only ever seen for sale in one place (Online Computer in Sydney) yet they remain tantalisingly there on the Google Play store listings for the Nexus 7 and you can be advised when they are available to order if you enter your email address in, but nearly 6 months after I placed my order for a Nexus 7 and signed up for updates on both accessories from the Play Store I have yet to see anything from them.

We’ve been teased for over 4 months about more accessories coming but neither Asus nor Google has actually sold any of these accessories for the Nexus 7, nor officially given a date for when they will actually release these extra accessories. Google steadfastly refuses to acknowledge requests for information on accessories and Asus frustratingly refers people to Google.

We finally reach the Nexus 10 which has the same issues as both the Nexus 4 and Nexus 7, however, the Nexus 10 has a pedigree and it’s not a good one. The Nexus 10 is manufactured by Samsung and Samsung has supplied the past two Nexus phones the Nexus S and the Galaxy Nexus, in Australia at least the situation regarding accessories for both these Samsung produced Nexus phones has been dismal to say the least, with accessories only beginning to appear around 6 months after the release of the Galaxy Nexus and quite frankly I didn’t even bother to look for anything ‘Official’ for my Nexus S.

The Nexus 10 was shown off by The Verge with a nice looking cover in their Nexus 4 and 10 introduction video but again, we are yet to see this cover, nor have we seen even a mention of a spare charger, despite the fact that like the Nexus 7 the tablet refuses to charge on just about any other charger I have.

Considering that other manufacturers are able to have accessories available at launch, or at most a couple of weeks after launch, this isn’t good enough. Cast your minds back to the iPhone 5. It didn’t have spare cables or dock-to-lightning adapters available at launch. Apple did, however, have these available within a few days of the launch. If you want to be number one in the smartphone space, you can’t just release a handset and then fail to support the hardware, or your hardware will flop. Why? People want cases. People want spare chargers. People want to be able to do what their purchased hardware was advertised as capable of doing — wireless charging, I’m looking at you.

Why am I so hard-core for accessories? Because even just talking about the basic accessories : spare charger, car charger, covers we are talking about just being able to use the devices how we want. Spare chargers offer the ability to leave them where we go the most often(Work and home) and as the devices often don’t work well with third party chargers I need the official ones, whilst covers offer protection for our expensive devices.

We have been told by LG that they are merely the conduit for accessories, they will not advise at all on the When, How much or If an accessory will be released at all. Google just ignores requests for information of this nature. We as customers are stuck, we want them but Google won’t let us have them or even talk to us. I propose something which will probably not work but I would like to try it anyway, we will be tweeting this from the Ausdroid Twitter account, please Retweet it :

We'd like @google @googledownunder @googleplay to discuss availability of #Nexus 4 7 and 10 #NexusAccessories openly. RT if you do too!

We’ll add this as a post on our Google+ page, please +1 it and Share it as well.

Do I hope to one day charge my various Nexus devices on spare chargers whilst having them protected in their official covers and cases? Yes. Why? Because as a consumer I have the choice to purchase or not purchase these accessories, all I want is Google to accept that the Nexus program has begun to be a commercial success and address it. As Uncle Ben said “With great power comes great responsibility”, now man up Google and speak to us we are your customers after all.

If you want accessories and toys to go with your phone / tablet then get an iPhone / iPad. That is all there is to say about it.

Dear Google, where is my Nexus 4? (Would even be enough)

I would LOVE a keyboard dock for the N10… it would make it the perfect tablet… one styled like the Transformer or Surface… the pogo pins are there!!! Seriously though, there needs to be some organisational shuffling within the hardware dept of Google. It seems like everyone but Google can see a few glaring needs. Matthias Duarte must be going a little bit crazy with some of this stuff happening, or rather not happening! Google has some great hardware and software for their ecosystem, the last frontier is accessories – stuff which makes the devices “fit” into our lives. Even… Read more »

I would have bought the asus dock for N7 when i bought it at launch. I will be getting rid of it now when i get the N10. what good is a dock being released now lol. lost opportunity. I waited almost 6 months for the Gnex dock and skipped the NexusS because it didnt have pogo pins (loved my N1 BT dock). I love accessories too. Just another thing to get pissed at google doing badly. I tell you what. I have family I would be buying Google play vouchers for at Xmas if they were available, and if… Read more »

YES… Google needs to get the Play gift vouchers sorted out, I just gave my mother an Amazon gift voucher for her to use on ebooks…. the only reason is that Google won’t sell me one for the Play store!!! I want to give her Play books but nope, Amazon gets the money instead… so now she has to use the Kindle app too….

Sigh… cmon Google, get your shiz together… here are a few things that should be global for google

And freakin release those damn accessories!!

The more time that passes, the less of a need I have to buy the wireless charging dock……

Own the phone already 🙂

Would love some accessory goodness, especially around the XMas period.

G+ post is up now, we’re still working out the behind the scenes on posting to G+

Yeah, it’s not easy to do automatically.

I eventually found it, +1 and shared.

Thanks, hopefully it does some good.

It’s such an obvious cash cow.

You add this major facility, obviously to compete with Apple’s Airplay. Great! About time! It sounds like other manufaturers… Sony, HTC for a start… are taking up the standard. So, just release something that will make it work. Put out that 50 buck HDMI dongle. Tell LG to make a run of them and put them on Google Play. It’s a the difference between Success and Failure.
Between Coolness and Lameness.