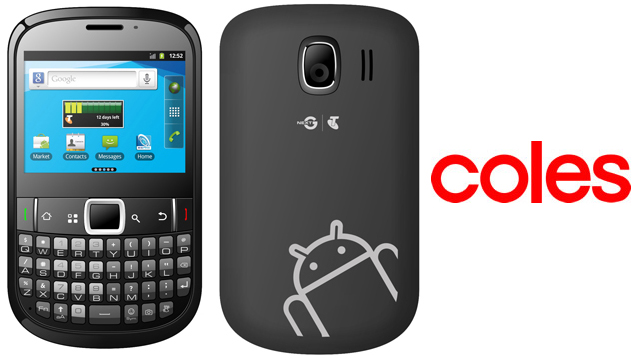 If you’re after a last minute Android based stocking stuffer for Christmas then this may be something to consider. The latest Coles catalogue which goes live this Wednesday, the 12th of December and runs through until Tuesday the 18th of December is showing the Telstra QWERTY Touch for a measly $34.50, half it’s normal price.

Although it’s carrier locked it’s not a bad deal if you’re after a basic phone on the Telstra network and it’s almost worth it just for the Android logo on the back. There is a limit of 1 per customer and no trade sales allowed, it comes in Pink or Black but colours are limited at the locations dependent on availability. The manual for the ZTE manufactured phone which originally launched on Telstra at Christmas last year for $129 is available to view here on the ZTE Website. The QWERTY Touch won’t win any awards for high-end specs but if you’re after a basic phone then this could be for you.