I’m finding that lots of people use the Chrome browser! Many still use Firefox, Safari or Internet Explorer but most people I talk to either already use, or have at least tried, Chrome. Those that haven’t tried it have usually heard of it, probably because Google has advertised their browser on outdoor billboards in Australia and run promotions in other countries.

This familiarity helps to strengthen the case for a Chromebook, because for the most part it’s simply a laptop that runs the Chrome browser.

Unlike the very first Chromebooks running the early versions of Chrome OS, there’s a little bit more going on in this latest version of Google’s software. The current version is 23 and has a build date of 14/11/12. With this comes a user interface a little similar to Windows in terms of the main screen. As you can see below there is a login screen for up to 5 users. There’s also a main logged in screen with settings and connection options in a somewhat Android-esque layout on the bottom right, and an app tray of sorts starting from the bottom left. 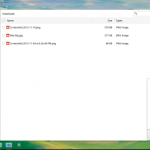 To personalise things a little you can choose a user icon and also as shown below there are lots of options for a background wallpaper. Chrome software is presented in a clean, easy to use interface. Anyone with the most basic knowledge of using a PC or Mac will have little or no trouble navigating around on the Chromebook. In a world where two major laptop software platforms (sorry Linux) dominate, the Chromebook needs to be intuitive to new adopters. It achieves this goal admirably.

I scored one of the original CR-48 pilot Chromebooks in a prize draw at the Google Apps roadshow in Melbourne in June last year. It has been great around the house for general web use as it boots up very quickly, and as software updates have been rolled out has become faster and more stable.
I must say though, since I received my Nexus 7, I don’t use the Chromebook nearly as much as I used to.

How nice is the CR-48 body though, no logos anywhere, that soft touch plastic all round. Love my CR-48

I agree, the industrial design of the CR-48 was something many people on the Chromebook groups site reported receiving many positive comments about. Quite a few had problems with the hinges, but mine has held up fine.

A lot of people do not understand ChromeOS but I think it’s great. The only thing stopping me from buying one of these is 2 GB of RAM. As you mentioned it slow down with 10 odd tabs and I’m one of those 100 tab freaks. I’ve actually RIGHT NOW just installed a tab limiter for Chrome to see if I can cut back because I know I waste so much time with open tabs and suffer the performance penalties of it.

I’m also a fan of Chrome OS and I have got my kids using many of the Google services for their school work. Even on my quad core PC I rarely get above 20 tabs. I have the mentality that if I’m done with something I’ll close it off. Not everyone is like me though, my wife keeps a gajillion things open. I guess it’s a personality thing? The other thing is, once you get above a certain number of tabs it gets too difficult to identify at a glance what each tab has loaded in it!

Well it’s been two days with the tab limiter and I’m using my brain more while browsing. Normally I open so many tabs because there’s just so much news and information to absorb. Now I stop. I think. Maybe a close a tab I don’t really need open. Maybe I read the page I’m on, then click through to the link I was going to ‘new tab’. 12 tabs is what I have it set to which seemed uber limiting at first but it’s not so bad. So far I have resisted the urge to ‘new windows’ 😀

Good work. Keep this up and the Chromebook will be even more tempting. Incidentally, I’m buying a Chromebook for my daughter as her first laptop.

Can import directly from amazon uk (no mail forwarding) for $320 with the goodness of amazon returns. Or if you want to wait, bhp video will have it back in stock mid Jan.