Home News and Editorial An Australian-made Android tablet for under $300? Sure. 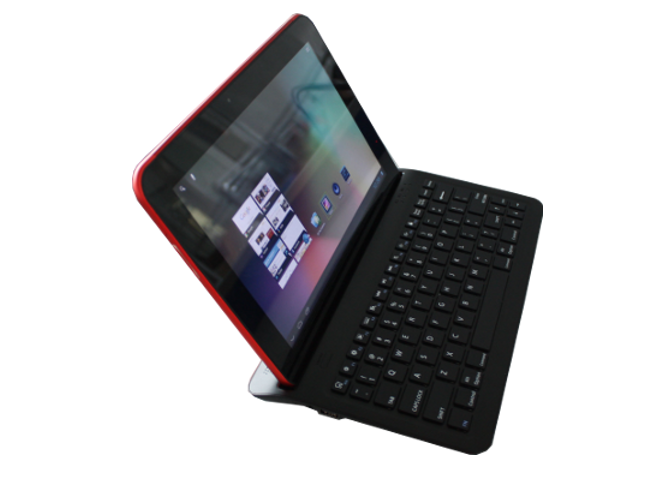 A couple of days ago we received an email from a company called aussiePADS, telling us that they are busy developing a new, Australian-made Android tablet based on the 1.6GHz Samsung Exynos 4 quad-core processor. For those of you playing at home, you’ll realise this is the very same chip inside the Samsung Galaxy Note 10.1 and Galaxy Note II. This is one powerful System on a Chip (SoC) and aussiePADS are building a tablet based on this.

Not only will it feature an Exynos 4, but we’re told it will feature the following specs:

At launch, the aussiePAD 2 will be running Android 4.0 Ice Cream Sandwich, but we understand that this will be upgradeable via software updates, meaning an upgrade to Jelly Bean is likely (though a timeframe has not yet been confirmed).

However, perhaps one of the cooler features is the optional keyboard dock, which includes a built in keyboard and supports connection of a USB mouse if desired, transforming the aussiePAD 2 into a laptop replacement. Not only this, but the keyboard dock includes an additional 8000mAh battery which not only powers the tablet, but recharges it as well. The dock also includes speakers which allow enhanced audio output from the tablet.

Unlike a lot of lower-priced tablets, this one is designed in Australia, and will have Australian warranty and warranty service available from aussiePAD’s Sydney offices. It also has fairly high specs, that are on par with tablets at twice the price. Note, while the aussiePAD 2 is Australian-designed, it’s made in China according to the specs made here. Much like Apple gear is designed in California, but made in China.

We at Ausdroid are rather keen to see how aussiePADS go in bringing this product to market. Whether it will be a success or not depends entirely on how well the product is made and performs, because at $300, a well made tablet will simply walk off the shelves (Nexus 7 anyone?) We understand that the aussiePAD 2 will be available for pre-sale shortly, with delivery to begin from around 7 January 2013.

We’re hoping to be able to review one of these tablets for you, so hopefully we’ll have some news on this in the new year for you!

Any news when this is going to be released… Been months since this article came out.

You know what Glenn? There hasn’t been any word from AussiePads. I’ll chase up with them.

Decent specs for the price. But Ice Cream Sandwich? No thanks.

Thanks for the heads up. I don’t think the aussiePAD would have got coverage from any other sites. A question though, I though that aussiePAD were made in China? Wasn’t that the case with their first model?

Yeah I find it hard to believe it’s actually made in Australia.. if it is, good on them.

Yeah this might have been a reporting snafu on my behalf. I’m updating the article right now to clarify this.

Looking forward to this one, a budget tablet with great specs. It really has to launch with Android 4.2 for it to be a winner.

Very interested to see how this turns out. How thick is it? Although at the $300 price, I’ll be a bit lenient if it is slightly on the thicker side.

I’m sure its will be fine though. 🙂

Does that $300 price tag include the keyboard dock? If so, that would be a steal!

No @Pete it doesn’t – I believe that will be an optional extra. Will find out the expected price of this and update the story soon.

Now if it had a pixel qi, with 0.4 watts in reflective mode, backlight off, it would be cool.

Would love to test this out. I like the smaller company devices. Android is becoming a desirable interface for many Indie product makers. Good to see 🙂