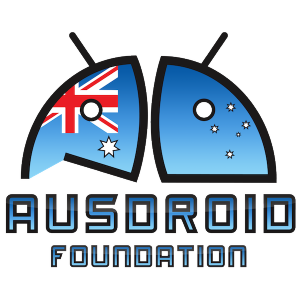 Back in December we ran a mini fundraiser for Variety the Children’s Charity, and in total, we raised $670 which was a stellar effort by all concerned.

Today we received a letter from Variety thanking us for these donations, and we thought seeing as a number of you contributed to this, you should all be able to have a read of the letter we received.

Ausdroid’s appeal, though, was not without its flaws. We weren’t too careful, and conducted this fundraiser without the authority of Variety, and that’s a bit naughty. We had a few hiccups with PayPal releasing the funds (hence the second donation being a bit later than we’d hoped), and for this reason we won’t be doing fundraisers for other charities in future.

What we will be doing, however, is raising funds for our own charity. Over Christmas the team had a bit of a conversation, and we decided to establish the Ausdroid Foundation, a public fund which will be able to receive tax deductible gifts from donors, engage with sponsors for support, and directly assist people who find themselves in necessitous circumstances, whether they be in dire financial strife, be facing problems because of ill health or disability, or have suffered a natural disaster or other significant event and need help to get back on their feet.

The Ausdroid Foundation is already registered as a charity, and will — soon — have deductible gift recipient status. We are hopeful that our generous readers and supporters will help us with this project, but at the same time, Ausdroid has never been a sellout and we won’t be forcing charity down anyone’s throats. We will run fundraising drives from time to time, and we will tell you about these, but the core business of Ausdroid Inc (as distinct from the Foundation) will be, and will always be, to bring you the latest and greatest Android news.

Want to get involved?

If you’d like more information about the Foundation, or if you might like to become involved as a sponsor, member of our advisory board, or in another way, please don’t hesitate to get in touch and we’ll have a conversation with you.

We look forward to bringing you more news on this topic once the Foundation is 100% ready to go, but in the interim, we hope that you’re as excited about this as we are (and even if you aren’t, we’re still excited!)

Great news and congratulations on setting up the foundation.