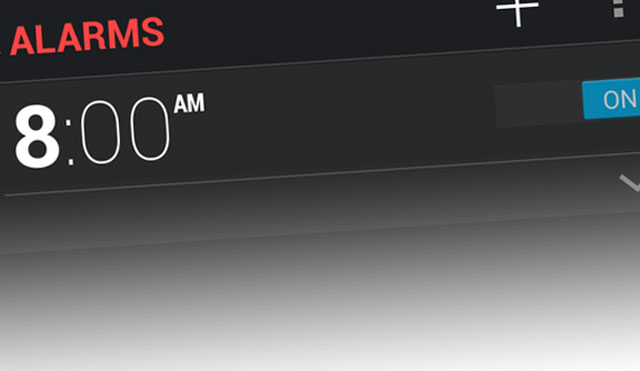 If you’ve been hanging out for the Australian Play Store to receive stock of LG’s Nexus 4, you might not have to wait much longer.

Android Police yesterday reported a tip stating that the Nexus 4 would become available in the US Play Store today, which proved to be correct. According to the same tipster, the device will be available as of 8AM AEDT tomorrow morning in the Australian Play Store. With a hit ratio of 1-for-1, we think it’s a good sign that the phone will be on sale tomorrow.

Because the Nexus 4 is such a highly sought-after phone, it might be a good idea to set an alarm to remind yourself to check the site. The times that you will need are:

That’s quite an ask for our Perth-based readers. So far the phone seems to have remained on sale in the US Play Store though, so maybe this time it’s here to stay.

Will you buy a Nexus 4 tomorrow? How early will you get up for it? Tell us in the comments!

Edit: There’s some confusion over whether Android Police got the AU timezone wrong, as they listed “EST”. These times could be 1 hour early – but it’s best to be 1 hour early than 1 hour late. – Jason

Source: Android Police.
Thanks: All our tipsters.

bit rude, I have the play store with the nexus 4 as my home page in Google Chrom, I manually had to refresh before seeing it was for sale – if I hadn’t it just preloaded that it was “out of stock” same as the last 3 months

I can’t wait 2 or 3 weeks for delivery, so im getting mine @ harvey Norman tomorrow.

anyone know when the bumper will be in stock?

But I agree with the comments below, screw the Nexus 4 it’s old news now!

Android Police said US 30 January 2pm PST, which is 9am for Sydney, Melbourne and Canberra. Let’s see what happens in 50 mins…

so it’s not 8am in melbourne. maybe it it is at 9 like android police said.

NO SHOW WITH THE 8AM

And I am at the computer for nothing….

too late, already ordered through US site :

did they sell out within an hour again?

how did you go about this? will they send to au address?

I used EST/Brisbane time before as I was confused about Australian time zones. I’ve since updated it to use Sydney time (9am AEDT as far as I can tell).

Got a 5am alarm clock for a flight out of Perth tomorrow anyway!! 🙂 Finally gonna snag one!

2 months late guys. With the device cycle being what it is, it’s old news now CES has come and gone.

It didn’t feel like an upgrade (despite the better performance)

Perhaps a Sony Z if only it had Qi

My Gnex has been playing up so I’ve been obsessively checking the Playstore to order a N4, if they’d taken any longer I was thinking of going BB10 so they may just get in in time.

I’m sure there must be enough stock for all…..lg took more than a month….must be lot of stock up there

Awesome I have tomorrow off from work so I can stay up all night/get up super early! So getting a Nexus 4!

If you follow the AP link it says 9am AEDT

Too late LG and Google; you had a great thing going with the pricepoint but you had the stuff up hard on the supply. I’m holding out for the HTC M7 while heaps others either got a Galaxy S III 4G or a Note 2 over the holidays.

Can you pay with PayPal on google play?? I really want the nexus 4 but won’t pay any other way..does anyone know???

Has to be from a Debit or Credit card

brought my money else where

mobicity has them in stock – http://www.mobicity.com.au/google-nexus-10-16gb.html

if you want to be wallet raped!!

yeah haha, i dont know why mobicity is so expensive for a website shop lol

I just secured myself one from Harvey Norman for Friday morning pickup. A little more expensive but not to much after cost of delivery. And the fact that I am not missing out again.

damn, I will be on my way to work at 8AM

You can buy it on your mobile…that’s how I bought mine in November!!!

How did you manage that? I can’t see Devices in the Play store on my phone.

Ah, I must have told the Play app to “always” handle play.google.com URLs.

My thoughts exactly. I think if I had to choose again now, I’d still go with the Note 2, or wait for the next generation of phones that have been announced this year.

Too late
Reply to  forgot69

Same here. Happy with my Note 2. Even if I hadn’t bought it, I would be holding out for the S4 or M7.