XandarMob is an Australian indie game developer based in Brisbane who have released Lexathon® word jumble onto Google Play. The game is basic in concept but addictive in nature; playing the game is simple — there is a 3×3 grid of letters, which you must use to create as many words containing at least 4 letters as possible, with all words including the letter located in the middle square and you can only use each letter once.

You are able to shuffle the letter positions of the 8 letters surrounding the central letter at any time using the ‘Shuffle’ button to gain a new perspective on your letters. Once you have a word you then hit the ‘Check’ button and it’s compared against the in-game dictionary (although there were some words which weren’t accepted). Each game starts with a 60 second timer and each word found adds 20 seconds to this clock. Once the timer reaches zero, or you hit the ‘Give Up’ button, the game is ended. At the end of the game your words are calculated to give a score, which is based on the percentage of words found and how quickly you found those words. The game includes a scoreboard to display those high scores which is viewable across different mobile platforms like iOS, Android, Blackberry and Windows Phone thanks to ScoreLoop and after completing even a couple of the Lexathon grids you’ll want to share as these can be quite tricky.

The game has options in the settings menu to control the amount of words it is possible to find, starting from just 23 words and under and progressing all the way up to over 95 words there are bonuses for finding words that use all 9 letters available in the grid. The game is ad-supported with a persistent ad being displayed at the bottom of the screen whilst playing. Whilst the ads displayed are not overly obtrusive, for some the mere existence of in-app advertising is something which must be avoided at all costs and to that end the developer has added an in-app purchase which allows you to remove the ads for a cost of $2.99.

In terms of look and feel the app has a distinctive colour scheme — using Purple and Yellow as the primary colours — which after a while gets to be a little hard on the eyes. Something in a Blue/Grey/Black style would be something more amenable to my tastes or perhaps a skin pack in future releases would be possible. Layout is also a little bit off with the main menu appearing off-balance with two columns of buttons placed in rows that are not even, or perhaps that’s my OCD kicking in.

Above the top of the app is a menu bar which contains a Preferences button, Share button and Contextual Menu. The preferences button uses a dial button I had not seen before rather than the three dots that are a part of the ‘Holo’ guidelines or even the more widely used three lines icon which is used to indicate a menu in other more well-known applications. There is a sharing button which allows you to share the existence of the app with your friends on Twitter/Facebook/Google+ etc however I would find it much more useful to share a score as well as the app details. The contextual menu feels out-of-place and I feel it would be better off being integrated with the Preferences menu to create one place to go for extra settings. Apart from these issues I have with the interface, the game is brilliant. It is both extremely enjoyable and addictive, in terms of something to waste time on I love it, but I also see a place to expand. With future versions I would love to see a social aspect added to the game whereby you could challenge someone in either your contacts or even a random players to a game using the same grid and have the winner be the person who finds the most words, perhaps even going down the track of integrating Facebook connectivity to the app would be a plus.

Available for Android devices running 1.6 and above, it’s 2.6MB in size and with a free and premium version available for $2.99, I highly recommend you at least try it — I don’t think you’ll regret it. The in-app purchase to disable ads is optional but if you like the game then why not support a developer who is a local and maybe encourage some further development on this app or even perhaps future apps. 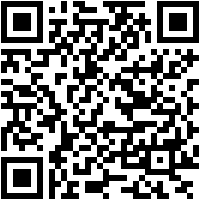