Are we looking at an early piece of evidence that Google is working on a unified messaging client?

A developer and serial crawler of the Chrome OS tracker named François Beaufort has posted a screenshot of the rich notification system set to hit Chrome OS, complete with Google Now-esque cards that display messages, Google+ notifications and missed calls.

The other thing that grabbed our attention was an icon in the launch bar which could very well represent a long-awaited unification of Google’s many messaging services (Google Talk, Google+ Messenger, Google+ Hangouts and Google Voice – only available in the United States).

This would fit in with the company’s plan to produce a more unified desktop and mobile experience, and we saw early signs of this integration in the middle of last year, with Google Talk Video being replaced with Google+ Hangouts. 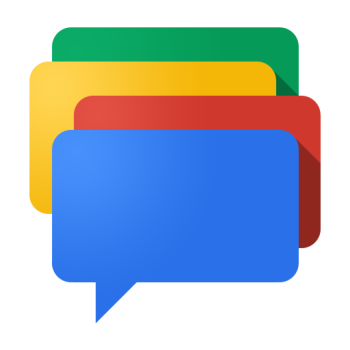 Obviously the ideal outcome would be a cross-platform client that seamlessly brings together the current mess of Google messaging services with full Chrome/desktop integration and a release date no later than Google I/O in May, but that’s probably asking for too much.

What do you think? Is this Google’s long-awaited answer to BBM and iMessage? Or is it just the reincarnation of Google Buzz? Let us know in the comments below!

Acquire whatsapp. Still have it on other platforms but integrate it within Android.

Because right now if they made a BBM or iMessage like service, it would be useless to me because most people I know have iPhones. >_>

My hope is that if the solution is good enough, it will render iMessage obsolete. Pretty much everyone has a Gmail/Google account.

I hope so, at the moment its a real mess. They also need to clean up Google+ at the moment finding friends is a pain compared to FB

Google+ messenger can send pictures, so this potential unification would fix that 🙂

I really hope so, we need an iMessage like system, basically the only thing I miss from iOS, that and I want some emojis, I just love them.

I love Google Talk.
But it would be better if it could send pictures.

Google+ messenger has picture sending capability, so with this potential unification you would get it 🙂