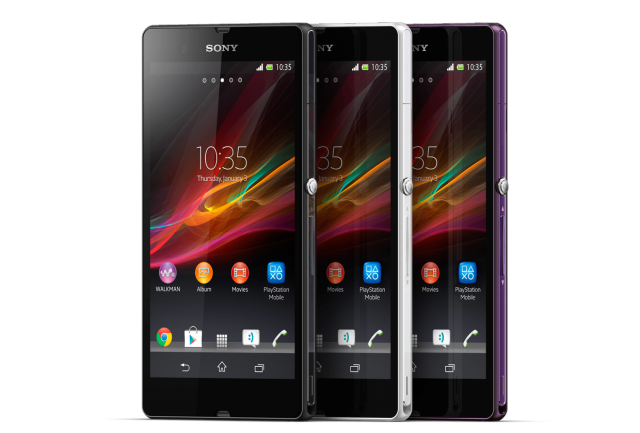 Sony has today confirmed that it will launch the much-anticipated Xperia Z next week on February 20 to an eager Australian audience.

We’ve had a bit of coverage of the Xperia Z since it was announced at Las Vegas’ Consumer Electronics Show (CES) in January 2013, and it’s fair to say that more than a couple of us are quite excited about getting our hands on one.The Xperia Z is certainly Sony’s new flagship Android phone for 2013.

Some of Sony’s Xperia offerings in the past have been mediocre, but the Xperia Z is generating a healthy about of buzz, though perhaps not quite at the level of 2012’s Galaxy S III. Surprising to some, as the Xperia Z features a 5″ full HD 1080p display, a 13 megapixel rear camera and — perhaps most exciting for me — it’s both water and dust resistant, to the point where it can be submerged in water for up to half an hour without suffering any ill effects.

At launch, the Xperia Z will feature Android 4.1 (Jelly Bean), but new owners won’t be left waiting too long for the update to Android 4.2, as Sony has promised updates soon after launch.

If these features weren’t enough to whet your appetite, check this: the Xperia Z will have a 2330mAh battery, and a special ‘Battery Stamina mode’ which cuts down on power use while the screen is off — it seems that all day usage on a high-end phone might be a thing. Further, a 13 megapixel camera means that you’ll be able to take super shots with your phone, and not to be left behind, the 1.5 GHz quad-core Snapdragon S4 Pro will keep things racing along.

All major telcos have announced they’ll have the Xperia Z from March 2013. No pricing details are available at this time, but Telstra have their usual expression of interest site online now.

What do you think — will you be giving Sony another look? I’m pretty sure I will be.

Any news on the phone dock so far?

I wonder if they are also going to announce their tablet Z too? I won’t mind getting my hands on that.

Isnt that the date they are supposedly announcing the new playstation. Please tell me they arnt going to announce this instead.

I won’t be getting one, but I do want to pick one up. So I’m looking forward to seeing it in some Westfield shopping center’s phone stall.

I preordered mine last week at Sony store

Looks good, but 5inch is just to big for me. My N4 is pushing it at 4.7. Also I’m surprised Sony are announcing it on the 20th…. I’m pretty sure they are announcing the PS4 on the same day?

They’re releasing it to an Australian market. Nothing at all like announcing their next console.

Remember that this phone looks like it has a very, very thin bezel. Even though the screen size is quite large the overall device dimensions may be on par with 4.x inch phones you may have held in the past. This was the case for me when I went to my Xperia Arc from a HTC Desire. The Z will be one of the phones I look at closely at the end of March when my contract is up.

What about the zl?

I’d rather this then risk a glass back.