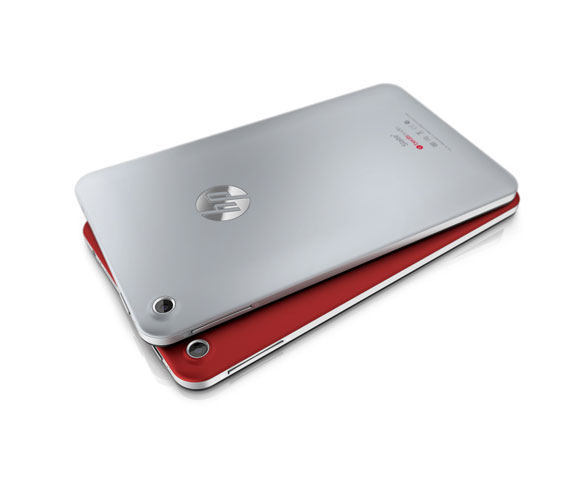 We have received word from HP that the Slate 7 will indeed be released locally. We’re looking at a price a AUD$199, a slight increase over the USD$169 cost. Let’s see what retailers do with that price once it hits their shelves. It will come with a steel internal frame for rigidity in a choice of grey or red on the rear of the device and have identical specs and features to those we mentioned earlier.

It’s encouraging to see HP starting to show interest in Google’s services. This is the second time they have dipped their toes in the water since releasing the HP Chromebook overseas – no word on Australian availability for that one. You can however grab a Slate 7 sometime in April 2013 which isn’t too long to wait.

Let us know in the comments, are you keen for the HP Slate 7?

Depends on the full specs for me. If it’s got HDMI out and a GPS, along with the SD card slot that’s already been confirmed, it’s got a significant advantage over the N7 for me. Don’t get me wrong, I love my N7, but I wouldn’t get another one if I could get one of these for a slightly lesser price with those extra features…

My gut feeling is, for the price, it probably won’t have a HDMI out port, but I’ll keep my fingers crossed…

Looking at Android Central’s hands-on (https://www.youtube.com/watch?v=4b9W0nde-gQ) I definitely can’t see any HDMI port on it. Even an MHL enabled USB port would do…

Given that I already have a Nexus 7, I’d have to mention that this tablet is worth a look for anyone else looking for a 7″. It’s a good looking device and may appeal to some where the Nexus 7 does not. That being said, I’d still choose my Nexus 7 over this.

But it’s such a low stress price. Need one to throw on a coffee table, or one to read books at lunchtime? You don’t have to stress on the money side of the descision as much.

I’d say the same about the N7, unless $30 is enough to make you sweat.

Remember to add GST to the US$ price, so pretty line ball

I’d rather pay abit more for the Nexus 7 🙂