Sony launched its new flagship phone, the Xperia Z, earlier this year at CES. Today Mobile World Congress in Barcelona, they announced that the phone’s sibling – the Sony Xperia Tablet Z which was first unveiled last month in Japan – will be released globally, but it’s not ready to talk about launch countries yet.

The tablet clearly shares the style and design of the Xperia Z, with both devices featuring Sony’s signature new power button, angles and finish. The Xperia Tablet Z has (for now) been crowned the worlds thinnest tablet, being only 6.9mm thick. It’s both water and dust resistant (IP55 AND IP57), and will come in black or white (sorry, no purple this time). 16GB or 32GB variants will be available, and users will be able to take their storage up to 64GB via microSD. The display is a 10.1″ 1200 x 1920 HD WUXGA display with Sony’s ever-present Mobile Bravia Engine 2. Powering the device is a 1.5 GHz Quad Core Snapdragon S4 Pro CPU with 2GB of RAM – similar specs to current high-end handsets – with support for 3G and 4G mobile data. It will house an 8 MP rear camera and 2.2 MP front camera, both of which will be capable of 1080p video recording. Finally, Sony is launching with Android 4.1.2 Jelly Bean and a Android 4.2 update will be available “not long” after launch – while disappointing, this is also the case with the Xperia Z. 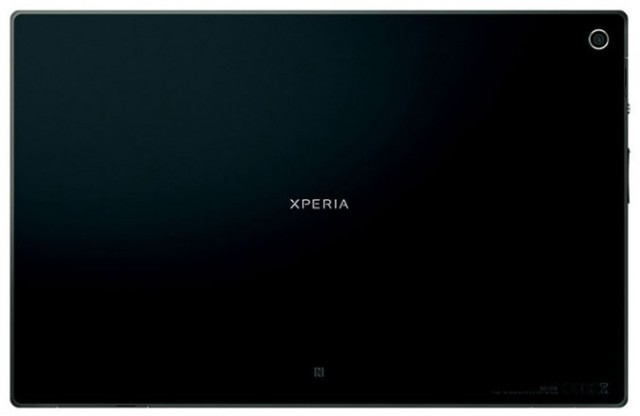 Getting official accessories for new Android devices is often a problem, although Sony has traditionally supported its own devices rather well. They’ll be bringing this support to bear on the Xperia Tablet Z, announcing a number of accessories that will launch with the device, including a charging cradle, screen protectors and a leather carry cover available in Black, White or Red.

We’ll be keeping a close eye on Sony’s new tablet, and hoping for an Australian release sooner rather than later.

Tell us in the comments: Are you interested in the Xperia Tablet Z?

i dunno if Australia will be getting 3g/4g cos ive read through the specs since they changed it to preorder now and i don’t see 3g included. anyone have any info on this?

I hope the screen is better than the Xperia Z. I was so disappointed with that phone, especially considering how incredible Sony’s displays have been in the past.

I’d happily off load my Asus transformer infinity for one of these, at least when Sony say they will put a 3G/4G radio in their devices, THEY ACTUALLY DO (take note Asus) !!!

Fantastic news! I like my Nexus 7 but I often get the nagging feeling that a 10″ screen will suit my purpose better.

If only if I didn’t have any smartphone and tablet. Got too much gadget already. Feeling really guilty if I were to buy this but the urge to molest this tablet is overpowering – I just want to touch it (and the phone too), irresistible.