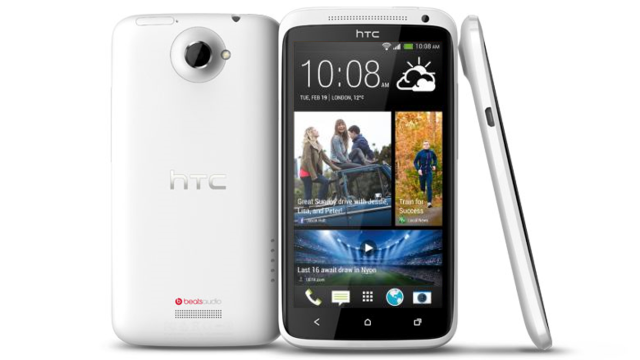 When HTC release a new update to their Sense custom interface, existing handsets are generally left out for various reasons. Apparently, HTC have decided to throw caution to the wind and update last year’s flagship range to the Sense 5, the minimalist interface that ships on the HTC One.

HTC have not gone into detail about which of Sense’s new features they will be bringing to the One X (and One XL), One S and Butterfly, but considering how compelling the HTC One’s hardware features (such as the ultrapixel camera and infrared sensor) are, there doesn’t seem to be a reason for them to hold back on the software. Given how strongly HTC seem to feel about BlinkFeed, chances are that it will make the cut to the older hardware, but hopefully we’ll also see the full Sense 5 makeover and HTC’s Zoe included. HTC of course offer the caveat that the features brought down to the current lineup will depend on the hardware capabilities of the various devices, but that’s to be expected.

Looks like a lot of the HTC phones will get Sense 5, http://goo.gl/8qe2a

I call Bullshit HTC will come up with some lame excuse to not upgrade. They have done this many times before

I’d settle for just fixing the green tinge on all photos taken with flash that appeared alongside the 4.1 update.

Good on them, now these big Android companies need to workout new update policies so it doesn’t take them so long to be “tested” and released.

Get used to the fact that Android updates will take time to be released. No carrier is going to speed up testing just because hardcore uses want the latest and greatest straight away. Get real and expect them to release a quality release instead of a buggy one (yes, I know not all at are bug free… but they can be worse).

Yeah I know that they are always slower then nexus, but there has got to be some kind of update policy change in the future, it really is getting ridiculous. Also, I agree that making it bug free is what we want, but for simple updates like 4.2.1 to 4.2.2 things like that should take a couple of weeks max.

No. Because it is a different build. The OEM has to retest the whole thing again and then the carrier wants to test it. It is not a simple process and one that won’t change any time soon (if you understand the process then you will know how much is needed to get a perfect version running for a phone). If you want speedy updates, get a nexus. If you want a phone that has Android and other features then you get another phone and expect long update process’. That’s just how Android works.

I know, but it’s getting ridiculous, I mean, we could get them released faster if we had groups doing beta testing. Just my opinion, because I think it could be done a lot better if the effort was put in.

You’re under the impression they don’t put a lot of effort in. You’re living in a fantasy world when it comes to Android updates. Want to be a beta tester? Go over to XDA. Samsung leak their ROMs before the offical update so you can try those ones out. Stop thinking they owe you an update right away because google released another version of Android. Get a Nexus 4 if you want timely updates. If you go out and buy anything else then sit down and shut up and wait for your updates.

Living in a fantasy world? No I’m not, They do come at ridiculously slow rates, and it’s no fault of the phone company, it’s more the fault of the carriers because it takes them so long to test. Stop getting so fucking angry, it’s the internet, you need to relax.

Been on android and ios respectively for about 5 years now. I’m more of an android person. But anyone will agree with me when I say updates are incredibly slow. Just take a look at the gnex issues.