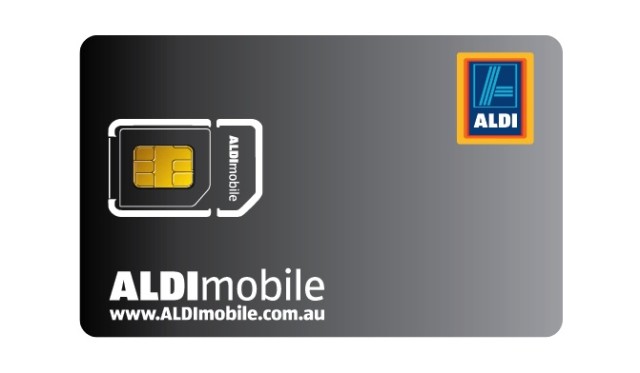 We’ve told you about ALDImobile before but we thought that given the launch is tomorrow, we’d sum up everything we know about ALDI’s offering so you can make an informed choice about whether you might switch to ALDI’s new mobile plan(s).

First and foremost, ALDImobile will be using Telstra’s 3G network, to deliver 3G coverage to 97% of the Australian population. This is the same network used by Kogan Mobile, although as you’ll see below, the pricing is a little different.

Update: This is not, however, the same network that Boost Mobile customers can access; Boost has a somewhat unique arrangement with Telstra whereby its ‘customers’ can access the entirety of Telstra’s Next G network footprint, not the somewhat more restricted 3G wholesale network that Telstra makes available to ALDImobile and Kogan Mobile.

This curiosity is likely due to Boost’s unique place in the market; it’s not a full MVNO as Kogan Mobile and ALDImobile are; rather, it’s more of a licensed brand used by Telstra (and previously by Optus before they gave them the flick) to appeal to the youth market.

This is different to ALDImobile and Kogan Mobile who are, for most intents and purposes, their own carriers, just using someone else’s infrastructure.

ALDImobile has four plans which have no contracts, hidden costs or flag-fall rates. There are two, typical, prepaid-style plans, a third unlimited plan which for a fixed monthly amount delivers a number of inclusions, and a data-only mobile internet plan.

Pre-paid options: recharge with $15 or $30, and receive 365 days credit expiry and the following inclusions:

International call rates are detailed (or will be) on the ALDImobile website.

As an added bonus, the unlimited plan includes a bonus $10 of value to use on premium services, such as international calls and (from the looks of the information we’ve seen) 19 and 1900 services.

Mobile internet: For those of you who are after an affordable SIM to throw in your tablet, the mobile internet plan might meet your needs, though from our perspective, the inclusion of only 2GB data might be a little low. The Mobile Internet offering will set you back $15 per 30 days.

Customers will be able to switch between ALDImobile’s offerings with ease; allowing customers to start on a pre-paid plan and switch to the unlimited plan if their usage patterns increase or change.

Customers can pick up a SIM starter pack at any ALDI store, and using a self-service online option or telephone support, they can easily port-in their number from an existing mobile service, or should a customer be after a new number, that can be done too.

At the moment, ALDImobile is offering free usage alerts once 50% of available credit has been consumed, however we are suggesting to ALDImobile that a more realistic (and useful) option might be to send a usage alert at 50% and then 90% to make sure users have enough warning to recharge if required.

But how does it compare?

At $35 a month, ALDImobile’s unlimited plan is a bit more expensive than other similar offerings, though it does have some advantages. Rather than set out a huge comparison right here, why not check out our comparison of the unlimited prepaid mobile market at WhistleOut?

Will you be looking further into ALDImobile for your needs?

Q:What is the difference between accessing the Telstra 3G Mobile Network through a Telstra wholesale provider or through Boost Mobile?
A:Boost Mobile has access to the full Telstra 3G Mobile Network (excluding 4G coverage). Customers with a compatible UMTS (3G) 850MHz device can access the same speeds and coverage as Telstra customers, including coverage of around 99.3% of the Australian population. The Telstra Wholesale coverage footprint is slightly less and does not have access to the same range of speeds.

I’ve been with Kogan since the launch and haven’t looked back.

So what’s the go with the $35 plan and data. Your article says you get 5GB of data the plan comparison sheet says 4GB of data. What’s th go?

The big trap is always the data session size. For example, amaysim uses 1mb data session, which means every single time something on your phone syncs (eg: email), no matter how little data is transferred it will count it as 1mb. That’s why Boost, Kogan and Amaysim look amazing with 3 or 4gb data, yet with the same usage it would count as far less data used with others such as Optus, Telstra, Vodafone and Live Connected that use 1kb data sessions. As an example: You have email set to sync every 30 mins. That’s 48 times a day x… Read more »

What about the Brauhn phone they are selling?? anyone get one yesterday?

Neerav is half-right. Boost Mobile’s deal with Optus wasn’t truly as an MVNO in the same sense that – say – iiNet was. Boost was simply a brand; customer support etc was provided by Optus, and it seems Boost’s relationship with Telstra is similarly unique. Boost do in fact have access to Telstra’s Next G network, and even Boost’s own website makes clear that Boost is pretty much just a brand — the service is clearly specified as delivered by Telstra Corporation. Not just Telstra’s 3G network, but the service is wholly delivered by Telstra too. Boost is limited to… Read more »

From the article “Boost has a somewhat unique arrangement with Telstra whereby its ‘customers’ can access the entirety of Telstra’s Next G network footprint, not the somewhat more restricted 3G wholesale network that Telstra makes available to ALDImobile and Kogan Mobile.” Another poster also inserted an excerpt from the Boost website claiming this. My question is what evidence is there to back this up? Where is the information on this? Guess I have to go trudge off to Google now to confirm or otherwise. Telstra has a prepaid Symplicity ‘plan’ which is reasonably priced (but no data). Our testing of… Read more »

That table needs to be fixed. Boost Mobile has access to Telstra 3G coverage 99.3% of Australians which is more than Kogan or ALDI’s 97% of Australians.

Actually they all use the same telstra wholesale network no difference so if Boost says 99% chances are they are not telling the truth.

In their FAQ section. What is the difference between accessing the Telstra 3G network through a Telstra Wholesale provider or through Boost Mobile? A: Boost Mobile has access to the full Telstra 3G Network (excluding 4G coverage). Customers with a compatible 850MHz device can access the same speeds and coverage as Telstra customers, including coverage of around 99.3% of the Australian population. The Telstra Wholesale coverage footprint is slightly less and does not have access to the same range of speeds. They are using wholesale and saying in a confusing way that they get the same coverage but not the… Read more »