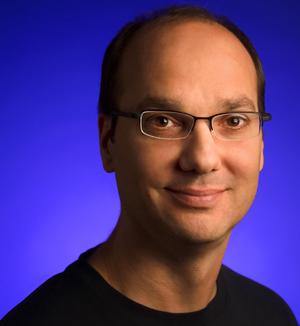 It’s been a big morning for Google and Android as well, with IO selling out once again and now over on the official Google Blog, Larry Page, CEO of Google has just announced that Andy Rubin has ‘decided it’s time to hand over the reins and start a new chapter at Google’.

Stepping up to replace Rubin be Sundar Pichai, who has previously been Senior Vice President of Chrome and Google Apps. Pichai will now take over the reins of Android in addition to his work with Chrome, with Larry confident that he will do a ‘tremendous job doubling down on Android as we work to push the ecosystem forward’.

Larry also took the time to advise an update on the status of Android as a whole, advising that more than 750 million devices have now been activated globally. He also re-iterated that Google maintains a relationship with over 60 manufacturers and that over 25 billion apps have now been downloaded from Google Play.

With the recent release of the Chromebook Pixel many have been calling for a merge or at least partial integration of ChromeOS with Android and vice-versa. Having the same SVP in charge of both units will allow for better communication between the teams and can only lead to better products. It’s an exciting time at Google and will be interesting to see what comes about from having these teams so closely aligned.

Update: Rubin sent a letter to Google’s Android Partners, The Wall Street Journal has the text. Meanwhile, TechCrunch is speculating that Rubin may end up working on a “Project X” skunkworks project within Google.

What do you think? Could we soon see Android Apps running on ChromeOS?

Google seems to be doing a lot of shuffling lately. Is their growth overwhelming some management or is there some underlying tensions?

Is there any indication on what Andy will do? Is he still working on Android in another capacity, or is leaving completely?

As per the last sentence of the first paragraph, it’ll appear that Andy’s moving to a different dept in Google itself 🙂

Is that what it’s saying? It’s a very cryptic comment. Does he mean he’s starting a new chapter at Google for himself, or for Android? I don’t think that sentence offers any clarification…

I hope this is a good thing.