We’re all pretty excited about ChromeOS in general and that extends to Chromebooks and ChromeBoxes as well. Whilst initially limited in function, the fundamental security of the platform as well as the launch of quality hardware in the Chromebook Pixel means that ChromeOS is at least worth keep an eye on.

Currently Google has no Chromebooks on offer in Australia although they do offer ChromeBoxes for sale to Enterprise customers in Australia for $479 ( Device: $329 + Management & support: $150 ) but so far, recently released Chromebooks from the likes of Samsung, Acer, Lenovo and HP are not available for sale as yet.

We approached Google with regards to the sale of Chromebooks and the Chromebook Pixel in Australia. Google told us:

When we announced the Samsung and Acer devices, we launched them in the US and UK to start. We plan to make them available in more countries very soon. With the Pixel, we’re similarly launching in the US and UK first and hope to bring them to more users over time, but have nothing to announce at this time.

This is promising; it’s not going to be an immediate sale but there is hope that we could be able to purchase the Samsung and Acer ChromeBooks through the Play Store soon and hopefully the ChromeBook Pixel at some stage in the future.

We’ve approached each of the current Chromebook manufacturers in Australia for information on whether they intend to sell their devices on our shores.

We reached out to Samsung to ask if they intended to offer either of these models for sale in Australia, and didn’t receive a response. Staff at the Samsung Experience store in Sydney have advised that neither of their Chromebook models will be released in Australia. 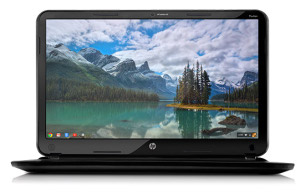 HP has released their ChromeBook the 14″ Pavillion 14 Chromebook for USD$329 which is sold via HPDirect.com but again this is a US site, so you’ll again have to use shipping forwarders.

We asked HP Australia about getting the Pavillion 14 here in Australia. Their response:

We’ll start offering the HP Pavilion 14 Chromebook in the US and will expand beyond over time. We will share more details at a later stage. 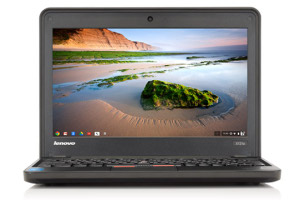 Lenovo has released the ThinkPad X131e Chromebook a ruggedised device which comes with reinforced cover and hinges as well as rubberised edges but is being targeted for sale exclusively to the education market.

Lenovo Australia, regarding the possibility of selling the X131e here in Australia, advised: 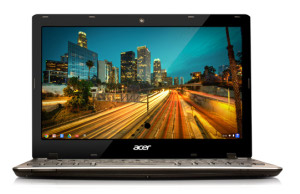 Acer currently sells the C7 Chromebook via the Play Store in the US and UK however it has not reached our shores here.

Acer Australia, asked about local availability, could only advise that the device has not been officially announced as yet.

The C7 is currently available from Mobicity, where it sells for $349 plus shipping

So what comes next? The last update to ChromeOS the Aura update brought windows to the OS and improved functionality immensely. The touch screen on the Pixel brings a brand new input medium to ChromeOS but Google seems willing to put a fair amount of effort behind ChromeOS and with the head of Chrome – Sundar Pichai – now in charge of Android as well, there could be some exciting times ahead for both ChromeOS and Android.

Kogan, on the day the Pixel was released was asking people on their Facebook page if they were at all interested in having Kogan import the Chromebook Pixel. Mobicity has advised that they are looking into sourcing suppliers for the Pixel but hasn’t announced anything as yet.

If you still want to purchase a Pixel, you have do options apart from Mobicity, Kogan or waiting for Google to begin selling them through Google Play here in Australia. You can use a US-based proxy like HotSpot Shield to connect to the Play Store in the US and purchase a Samsung or Acer ChromeBook directly, but have it shipped to a shipping forwarder like ComGateway or ShipiTo. From there they will forward the package on to Australia for an additional fee. Remember that the Chromebook Pixel is over $1000, so you’ll run over the $1000 threshold for GST on imports and have to pay extra for your device.

After using the CR-48 – the original Chromebook from Google – for a few months, I love it, while the hardware is quite slow and leads to performance issues the concept of living in the cloud for all my needs is exactly where I want to be. Geoff reviewed the lower end Samsung Chromebook available from Mobicity and ended up purchasing it he loved it that much. I highly recommend that if you have not given ChromeOS a go that you find some way to try it, you will not be disappointed.

I see a future for Chromebooks in Australia — we just need a chance to get them into users’ hands.

Are you interested in purchasing a Chromebook? If so, which model? Will you import one or wait for a local release? Let us know in the comments!