In case you missed it there is a rumour floating around of a new Motorola X phone. Shocking I know. I understand the hype about it. It’s the first phone developed by Motorola that wasn’t already in the pipeline when Google took over the reigns. It is highly anticipated. I am highly anticipating it. Now though, it’s time to take a stand. I’ve had enough. I’m over it. I’m sick of it.

It all started back on December 21 last year. That well-known tech blog, the Wall Street Journal, announced that Google was teaming up with Motorola to release an “X phone”.

See where I am going with this? Sick of it. 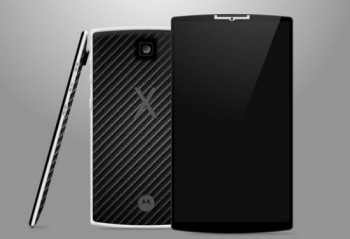 Did I mention it will be water resistant in up to 1m of water for half an hour? The screen will be 1080p or was that 720p? We have heard both.

It’s going to have expandable memory, but then again it won’t. It will be available up to 128GB storage size.

Don’t forget about the Nvidia 4i its said to be packing, or was that a 2Ghz Qualcomm Snapdragon 800 processor? Over it.

The camera? Apparently its a 10MP camera, or was that a 16MP? The back is kevlar. Nope, back it up, it’s carbon fibre.

Wow! All this sounds too good to be true. All this for under $300USD. Amazing. I’ve had enough. No matter how many different rumours get made up, leaked, whatever it isn’t going to change what the phone is when it is released. Sure, I’m excited as the next person but I am so sick of the rumours. Haven’t we all heard enough? It’s not like we can buy it early because of them. It’s not like we can order it early before then. Whether we hear it correctly or even early it isn’t going to change what is on the phone when it finally is announced. Google/Motorola will announce and release it when they are ready. They will put in it what they want. Imagine if we did hear the correct rumour. Does it matter? So we hear the specs accurately finally will it change you buying the device if you had of heard those specs 2 months later?

Basically, I’m sick of all the rumours, and I’m willing to bet — from the comments I’ve read — that more than a few of our readers are too.

Sites — including Ausdroid — hearing random rumours should verify rumours first before printing them. We see these sites that get the rumours often say that the rumour should be taken with a grain of salt. If that’s the case then I will ignore it from now on. I’m over it. Everyone wants to be first. Can we all just chill for a bit? Let’s just let the phone cook, bake, rise, whatever a phone in production does. There are far too many rumours floating about and far too few facts (as far as anyone knows). When it’s ready it’s ready. 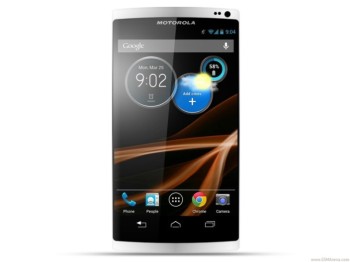 I am really excited about the Motorola X Phone. I like the idea of solid Motorola hardware combined with Google’s stock Android in an open sourced phone. But for now why don’t we all just wait until Google I/O to find out what it is? Oh hang on, maybe that was November?

Editors note: Scott Plowman is one of our regular podcast hosts and submitted this opinion piece. Though Ausdroid has been guilty of its own fair share of rumour mongering, we do tend to agree with Scott on this. There are too many unsubstantiated rumours going around, and where sources are reluctant to provide anything to back their rumours up, we’re certainly going to be a bit more selective about what we report.

The rumours are made up so websites get traffic. I’m sure many sites make up their ‘source’ post some useless garbage about a mystery phone and even if they’re completely wrong, because of the magical ‘take with a grain of salt’ message they put in the article, they can say whatever bullcrap they want and then just hide behind ‘well our source was wrong’ if they get called out on it. I agree, it’s ridiculous, it’s annoying and it’s tiring. Androidandme is probably the biggest offender. Those morons will run any story about an unannounced phone (if not completely make… Read more »

This blog has a good reputation in that regard.
Vaporous rumor is a waste of every bodies time.

I stopped visiting androidandme for the very reason that the rumors were too over the top and decided to rely solely on this site. AnM were being very vague with their titles which was the problem I had…and by the end it felt like they were chasing page impressions so hard that they were beginning to claim unfounded things were fact…essentially creating their own rumors. It may not have bothered me so much if they stated their article titles with “Rumour: blah blah”, then I would have ignored the article.I have actually noticed a sharp increase in rumors here lately…as… Read more »

we do try to substantiate most of the rumours we get here at Ausdroid. A lot comes through and often there is debate over what gets printed and what doesn’t. In the end we prefer stuff that can be confirmed or comes from a very solid source.

I used to visit a Conspiracy Theory website. abovetopsecret.com, if you want a look. They have a UFO section, and now and again there’d be a video, or leaked secret documents and they’d get all excited. And then someone would point out that it’s a fake. Because they all are in the end. The guys in the forum would get frustrated and upset. Complaining about the damn skeptics always yelling “Photoshop!”, and then the simple fact that their search for UFOs was so swamped with the fakes. They just wanted to find their damn flying saucers. Ummm… so…. it’s a… Read more »

Haha, I love that you finished typing all that then thought… wait…

maybe the people who did the movie of the moon landing are looking after promoting this release of the X Phone? 😀

Oh wow, there’s going to be a new phone from a company that makes phones! LET’S GO APE AND MAKE CRAP UP.
It needs to stop so hard

I don’t even care if the rumours are true. Let me have my surprise when it actually *is* released.

Rumours are good if they have some kind of evidence to back it up, like the S4 with the leaked videos, which turned out to be 100% true. Other then that, they’re just what they are, rumours. Useless.

All the rumours have so far painted such stratospheric descriptions of the phone. But in reality I fear it may just be another run-of-the-mill phone with adequate (high-end) specs and good battery life. I see no point in getting all excited about it, in truth – it’s Motorola’s flagship as much as the One is to HTC and S4 is to Samsung.

Isnt i/o in mid may?

Usually coincides with an android update.

I generally ignore rumours. Unless the source is excellent and leaked images look real.

Whilst I’m in the same bucket with rumours.. if it wasn’t for rumours we wouldn’t even know to wait until IO? or if motorolla was going anything with el` goog for that matter. Those rumours alone are quite exciting.. The rumoured specs at least tell us to expect a top tier phone as well… But whether it’s 5/10/15 mp camera or exact CPU specifics I don’t think matter all that much and I don’t think each new rumour warrants a new post either. Especially if it’s just as loosely sourced as the original. So in that sense, yes please go… Read more »

I think that OEM’s do do that for future releases. Just my two cents.

I don’t mind when the rumour mill actually has something substantive behind it (usually fairly close to the device’s release), it makes it exciting when everything comes together nicely. But completely agree re this Motorola phone. I’m sick of hearing every crazy rumour that is made up about it, especially considering there is no proof for any of them, and they’re all wildly different.

I think since its still in development the specs are no where near final. Its bound to change a lot over time. But someone at Motorola has lose lips and leaks every little bit about it. Other companies dont seem to get those leaks. In the end they are just rumours and anyone who reads into them too much is foolish.