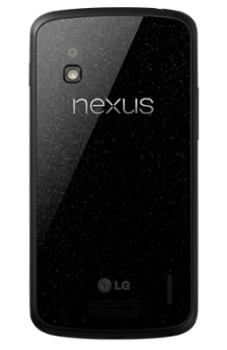 It seems that the hackers favourite friend, the Nexus 4, has recently ducked out for a bit of a nip and tuck.  German site Mobiflip noticed a couple of changes to the Nexus 4 they received that while seemingly minor may make a significant difference.  I say “may make a significant difference” as there has not been any announcements from either LG or Google as to the reasons for the changes.  Speculation of the reason for them is rife on the Internet, as is often the case.

The first change — a phone with nipples?

The new version of the Nexus 4 shipping has two seemingly innocuous bumps or “nipples” along the bottom of the back of the phone.  Reasons being put forward for these are that they are in exactly the same position as the speaker and thus this separation of the phone from the surface when laid on its back preventing the speaker from being muffled by the surface it has been laid on.  The other reason being speculated is that the bumps prevent the phone from scratching when placed on a solid surface.

I prefer the former.  Google/LG already make a premium bumper for the reason of phone protection, why would they change the design of the phone to prevent something that can already be prevented (personally I use a clear skin on the back of mine).  The speaker on the Nexus 4 is, as has been my experience with all Nexus devices, appallingly low in volume and without software hacks this cannot be changed.  This may be Google/LG’s way of increasing speaker loudness. 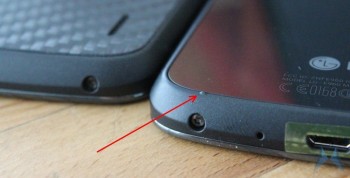 .. and changing the case opening around the camera?

The second change which is even more puzzling is a decrease in the size of the opening around the camera.  Is this just a cosmetic change or does it have something to do with the amount of light entering the camera aperture?  Others with more expertise in photography may be able to answer whether this change is significant or not.  I am sure photos comparing the two cameras will show up soon and we may be able to see if there are any changes but until we hear from LG/Google I doubt we will know for sure. 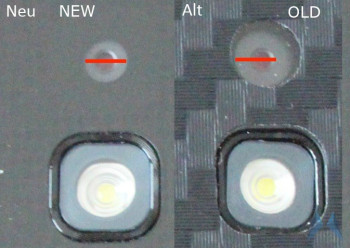 Personally I think it’s good to see LG and Google listening to users’ experience with the LG Nexus 4 and trying to improve an already great phone.  Once again though early adopters, including myself, have been used as guinea pigs but that is the risk we choose to take.  All for the greater good of better phones to follow.

How do you feel about these changes?  Do you agree with my analysis?  Were you an early adopter and do these changes affect your thoughts on doing it again next time?

By the looks of the photo, the rear cover sits much lower, so reducing the size of the opening around the camera shouldn’t result in any difference in light.

If it still fits into all cases then the bumps can only be a positive thing. I’m pretty sure the camera isn’t wide angle so the smaller opening shouldn’t be a problem as long as the camera module stays the same, and fit and finish are up to snuff so the lens and opening line up all the time. It might even reduce flaring, so now you can add your own ‘better’ one in Instagram. -_-