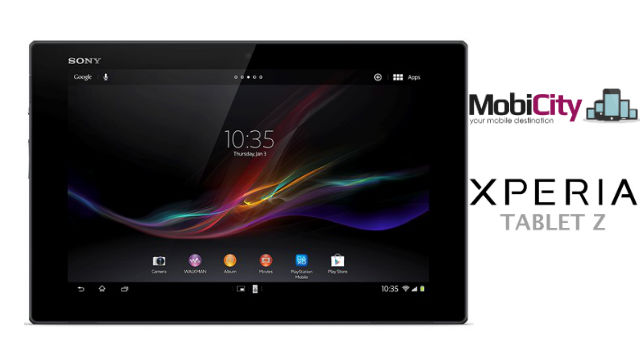 If you’ve been waiting for official details on the announcement of the Sony Xperia Tablet Z, then you’ll have to wait a little longer. Sources are telling us it should be some time in May but no official word has been received as yet. But, in the meantime your friendly neighbourhood importer Mobicity has announced they are offering pre-orders on the LTE version of the Sony Xperia Tablet Z.

Mobicity now has the Xperia Tablet Z in three flavours, the 16GB Wi-Fi Model for $649, 32GB Wifi model for $749 or the latest version which includes 16GB of storage and LTE radios compatible with the Telstra/Optus 4G networks for $799 which you can check out here. Shipping for all three models is $19 extra. The only choice you’ll have to make then is whether you purchase the Xperia Tablet Z in Black or White.

The specs are pretty alright with the Xperia Z and the addition of Australian compatible LTE means that as long as you’re in the 4G blanket on your chosen network you should receive pretty decent download speeds. Check out the Mobicity website for more details on all three models of the Xperia Tablet Z.

I have to say, when I first the the Xperia tablet Z I thought it looked amazing, even though I don’t use tablets, it’s ever so thin.