The Nexus 4 has been added back to the Harvey Norman webpage for people looking to pre-order the Google flagship device. Removed from the Harvey Norman website only two weeks after it was first added, Harvey Norman advised that they had removed it due to supply issues which now appear to have been resolved. Stock is due in-store on the 24th of April with the price remaining at $496 which includes the ability to pick the phone up in a Harvey Norman outlet.

For those looking for Nexus 4 accessories, Harvey Norman will be selling a case from Momax which will be available in Black and White for $20, the case is expected to be in-stock in Harvey Norman stores next week. 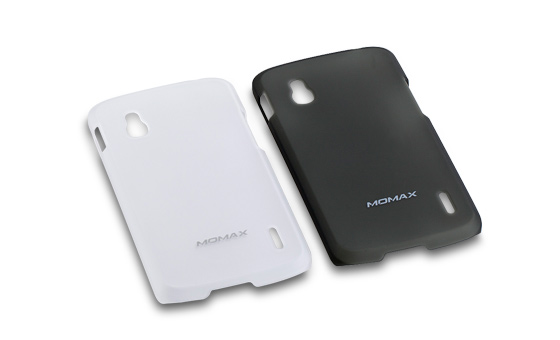 The Harvey Norman website advises that there is only limited stock available for the Nexus 4 and stores did sell through their initial allocations very quickly the first time around so it would be recommended you get in fast to secure your phone if you’re interested. Remember that Harvey Norman also offers Interest Free options as well if you’re that way inclined.

Got mine from Google play Wednesday afternoon last week, and was in my hand at 8:30am this morning. I don’t see why anyone would pay a premium for a device when they only have to wait 3 business days from the Play Store. It’s the best phone I’ve ever owned, and I came from a Galaxy S III, and before that an iPhone 4S.

Does anyone know if Harvey Norman is still going to offer the Nexus 4 with an optus contract?

I believe you can get the Nexus 4 on an Optus Contract but I’d recommend going in-store to double check. Otherwise you can get it on Interest Free and then just do a BYO Plan on Optus.

Well, it’s $399 + $20 Delivery and there is still a core component of the community who are uncomfortable purchasing online or feel having a bricks and mortar retail experience where they can actually look at, hold and play with the product is superior to online shopping.

I personally purchased through Google Play but my preferences aren’t the be all and end all of retail.

HN does. Then they charge google for advertising, shelf space, storage, distribution etc so by the time they pay google they take 50% off the buy price.

Well Google makes their income through their ad revenue via Android and Google services, so they probably aren’t too concerned over the devices profit. The more hands it’s in, the more you use Android and give them ad revenue through Google search and the play store profit, etc.

I got mine via the internet store as well, arrived in like two days.