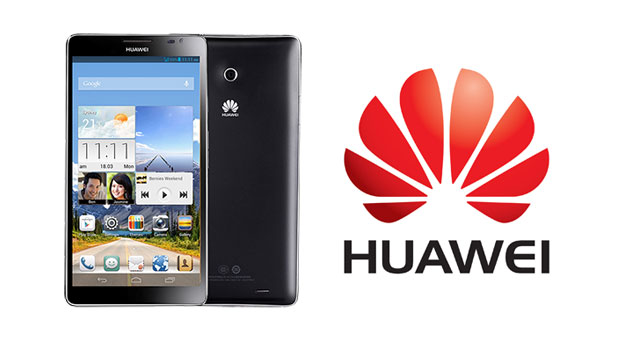 Huawei held a press briefing event in Sydney this morning to take the wraps off its new smartphone, the Ascend Mate.

Huawei reminded us that they’re always pushing technology forward – their equipment is running fixed-line and wireless phone services, DSL and Wi-fi connectivity here in Australia, and they always want to push newer technology out to consumers at affordable prices – to “Make It Possible”, as the company tag line goes. Although they only came to Australia in force in 2010, this is actually their 10th year in the phone space.

We’ve previously covered the well-named (for our market, anyway) Mate on Ausdroid, but the headline specs of the device are its enormous 6.1-inch 720p IPS+ display covered with Gorilla Glass, the big 4050 mAh battery inside and Huawei’s own quad core 1.5 Ghz CPU running the show with 1 GB of RAM. While the device doesn’t pack LTE connectivity, it does support worldwide 3G bands. NFC is also included in the Australian version.

Disappointingly, the device only packs 8 GB of internal storage – although we’re told this can be expanded up to 64 GB with a Micro SD card – and it’s running Android 4.1.2, and Huawei seems unwilling to commit to upgrading the device to Android 4.2 or beyond.

Despite the massive proportions on show, the Mate is actually quite light – it weighs in at just under 200 grams. The plastic body obviously helps achieve this feat, and the end result is a device that might not feel “premium” but is quite pocket- and wallet-friendly.

Huawei was eager to point out the features of their Emotion UI Android skin. Until recently, Huawei devices all ran stock Android with very few customisations, so it’s either a positive or a negative – depending on your point of view – to see them move away from this approach with the Mate.

The Emotion UI launcher makes a bold step away from standard Android environments in one important aspect – it’s ditched the app drawer. Instead putting all your installed apps directly onto your home screen(s) where they can be rearranged and organised in folders as the user wants. On the one hand, this eliminates some of the “double handling” that an Android device often performs where your homescreen becomes a grid of icons and you can then open the app drawer to see another grid of icons, but on the other it can lead to a cluttered and confusing home screen where you’re never quite sure how to find a specific app (one of the Huawei demonstration staff struggled to find a game to show off, eventually settling to run Angry Birds instead after concluding he hadn’t installed the game he wanted).

The other big play on the homescreen is their “Me Widget”, a single widget that takes up most of the homescreen putting favourite contacts, photo galleries, weather, and a music player right in front of you.

Huawei says that Emotion UI is supposed to “give consumers the experience they’re looking for”. We’re skeptical of whether this is the case, but we’ll hold off our judgement until we have a review unit.

Conditions weren’t ideal to test the camera out, and the quick sample shots we took showed a serviceable (but not amazing) smartphone camera with images that were a little lacking in detail and colour reproduction. We’ll be eager to put the camera through its paces proper when we put the device under review.

The Mate has a couple of other party pieces to draw attention.

Huawei’s “Magic Touch” technology allows you to use the phone while wearing gloves, echoing similar developments from other manufacturers of late. It’s good to see movement on this front, and we’re sure it will please smartphone users in colder climes.

The device provides quick access to common settings and toggled via a now-common (if uninspired) approach, placing a horizontally-scrolling set of icons at the top of the notification shade.

Finally, Emotion UI extends the concept of “profiles” to support more than just setting up your ringtone. You can control things like screen brightness, volume, GPS, Wi-fi and data connectivity to allow you to customise the way your phone behaves in different environments. Changing the profile is as simple as pulling down the notification shade and pressing the first quick settings button.

The Ascend Mate is launching this Saturday at Harvey Norman for $429 outright, including a Boost Mobile prepaid starter kit valued at $40.

It’s an impressively competitive price point for a device like this, considering its obvious competitor (the Galaxy Note II is priced in the $500-600 range and puts it in direct price competition with devices like the Nexus 4.

We’re waiting to get our hands on a review unit, and hope have a full review in the next couple of weeks.

Update An earlier version of this article indicated that the device may have 2 GB of RAM. Huawei has clarified that the Australian version (which was not on display yesterday) has 1 GB.

Are you interested in the Ascend Mate? Let us know in the comments!

Even after collecting my phone last week Harvey Norman outlets in Perth (all of them) still don’t have one on display.
This could very well be a national trait.
It is very odd to say the least because they are the only retail outlet selling them. You would think they would be keen to promote this great value and very capable smartphone.

I’d like this phone, but why is the CPU so underpowered?

Does it come with Spyware? 😉

Thanks for the indepth first hand thoughts guys.

Overall I’m a little underwhelmed. The mate is only saved by its price point.
8GB ROM, 1GB RAM, 720p, poor camera (check youtube), no OS updates, likely no accessories. Its dead in the water imo if the Samsung Mega 6.3 puts itself in the $450-$500 price range as well.

Did it have Google Play (market) installed? The chinese version apparently doesn’t and needs to be rooted to perform a buggy sideloaded install.

Look forward to the review anyways!

yes play store is there