Home News and Editorial Ouya stops by the FCC, poses for pictures 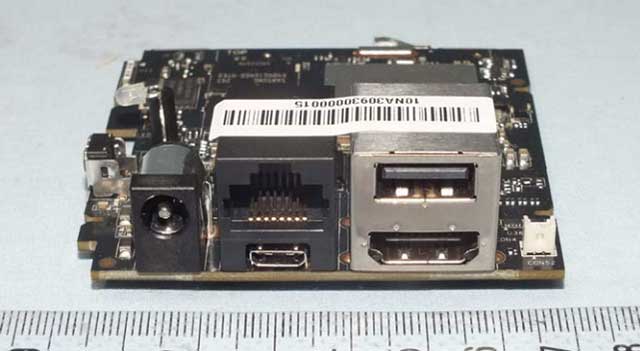 While Ouya has been shipping their Android-powered consoles to Kickstarter backers for a couple of weeks now, they’ve also been steadily advancing toward general availability of the device at US retail stores starting on June 4.

An important step in this process is obtaining the approval of the US Federal Communications Commission, better known by its shorthand FCC. Almost every device you own likely has an FCC logo or ID number etched into its backplate or listed in its manual.

The result – which you can see on the FCC’s site – is a series of PDFs showing specifications, test results and a fairly detailed yet pedestrian display of the device and its innards, set against rulers and printed ID numbers on well-worn workbenches. If you like to treat your gadgets carefully – or perhaps like me, you’re just squeamish about opening them up in case you can’t put them back together – it’s an almost shocking experience.

Unlike many FCC leaks for upcoming smartphones, there’s nothing new in the FCC listing for the device, although you might like to read the (pretty basic) user manual – Ouya’s been very open about the contents and design of their console since starting their history-making Kickstarter campaign, and early backers have already started to receive their units. If anything, at this stage obtaining FCC certification seems more like a rite of passage that the device has to go through before the general public can buy it.

While Ouya’s retail plans in the US have been known for some time, we’ve yet to hear of any plans to sell the device at Australian retail stores. We’ve reached out to Ouya for information.

Would you buy an Ouya at retail? Did you already back it on Kickstarter? Let us know in the comments!