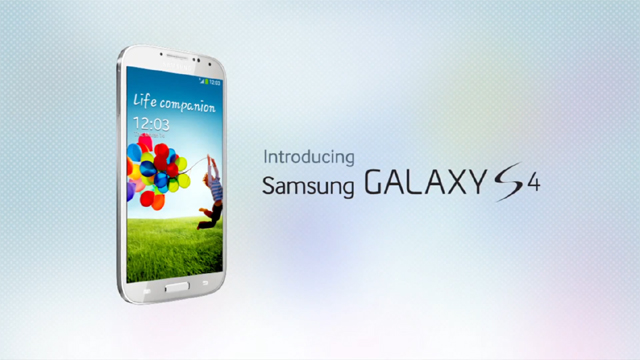 Tomorrow, April 23, sees the launch of the highly anticipated Samsung Galaxy S4 in Australia with an exclusive media event being held at the Sydney Opera House. Ausdroid will of course be attending and we will — at least, we are hoping to — be live-tweeting the event so you can find out what we know shortly after we come to know it.

The Galaxy S4 is widely anticipated to be as popular as (if not more so) its predecessor the Galaxy S III, which was probably one of the top phones of 2012. While the Galaxy S4 will retain much of the Galaxy S III’s styling and appearance, there are some significant changes under the hood.

Amongst these include key features like a lighter weight and slimmer size. Despite this, the Galaxy S4 will be compatible with Telstra and Optus’ 4G networks, and it will also support Vodafone’s 4G network when it launches in a couple of months. The Galaxy S4 camera will also feature a ‘dual-shot’ mode, other artistic tweaks, as well as a number of updates to Samsung’s TouchWiz Android interface.

Behind the scenes, the Galaxy S4 will also see an increased battery size over the Galaxy S III (2600 mAh vs 2100 mAh) which should see even the heaviest users getting through a day of usage without searching for the charger.

For those looking to accessorise, one good thing about Samsung’s previous Galaxy range of handsets (the S II and S III in particular) is that they are widely supported by accessory makers, so finding things like cases, spare batteries, and other widgets is somewhat easier than for those handsets that are less well advertised and popular.

While pricing and exact release dates are not yet known, we will hopefully find out something about this tomorrow so we can share the news with you. For those looking for pre-order information, check our wrap-up here for all the links for the major carriers.

If there’s particular things you’d like us to find out about, let us know in the comments and we’ll do what we can to get some answers for you.

HTC too late? The one is available now at Vodafone with live demo handsets in the Sydney Westfield store.

It’ll still sell crazy amounts, this phone has a lot of hype.

Just wondering when Samsung is launching S4(what time?) & if they are live streaming it as well?

Congrats HTC, you delayed the One so long it’s now launching after the S4 in Australia. Good job!

HTC one is in the hands of many Australians today, Australian branded not grey imports

Definitely a plus with Samsung’s S series re: accessories. Release one flagship phone every 12-18 months, gain a cult following and manufacturers will fall over themselves to make the accessories. Instead of releasing a new model every quarter which dilutes the hype and the manufacturers won’t bother!

so will it launch tomorrow?

The launch is tomorrow afternoon (well, evening really) — whether it will be available in shops tomorrow, or even in April, is completely unknown. Rumours are for a 27th availability though.

Chris completely off topic, but since no one I know can decide/agree with this, what time does afternoon run till/evening begin?

Looking forward to it!

Can’t wait to test one out.

It will be released on the 27th April

The 27th is an odd date for Telstra… maybe some carriers. But Telstra normally releases new phones on a Tuesday (eg: HTC One tomorrow). More likely it will be Tuesday 30th with Telstra. Then again who knows… tomorrow night should tell.

No One
Reply to  TheInsider

I got the same date 🙂

Whether I buy or not depends on the frequencies it will come out on. For better or for worse I prefer to use Telstra due to its coverage. I already have a great s3 4G and would probably only consider the s4 4g if it covered both the 1800 and 900mhz bands or my s3 broke.Specs for both the s3 and 34 aren’t different enough for me to want to rush out and buy one, apart from maybe if the other frequency was included,and then it wouldn’t be a rush.

That’s a mighty fine venue for a regional product launch. Samsung’s really splurging it for the marketing aren’t they? I suppose we can expect more of the kitschy “Broadway” routines then? 😛

And dont forget the awkward moments when the host expects applause and the audio sounds like he’s the only one clapping. Lol

He does something launch tomorrow without a release date?

A mighty fine question Jason; it seems unlikely that the SGS4 will go on sale this week, given no one has any details of pricing, availability, etc. More than likely we’ll see it go on sale within a week or two, and we SHOULD find out that detail tomorrow.

Didn’t the Galaxy S3 go on sale an hour or so after the launch here in Australia? I remember being in the shop and them telling me they couldn’t sell the phone till after 12pm.

It’s quite possible, though unlikely for a same day launch since the event for the S4 is at 6pm while the S3 was in the morning, earliest we can hope for is the next day though with ANZAC day, it’s gonna cause some logistic problems and affect first few days of sales which companies want to look good in front of investors but who knows. Anything could happen XD

The HTC One is going on sale tomorrow, the telcos are not going to release 2 flagship phones on the same day. The GS4 is projected to be on sale on the 26th. But like Chris mentioned, we’ll know for sure tomorrow.

I would check the sale date. I have a HTC One on order and received an email on Friday advising that the delivery date had been pushed out to at least 29th of April. That makes it a sale date of next week. Either way, that is pretty poor from HTC.