Google has just released their official Google Keep Chrome app to the Chrome Web Store. The extension is being classed as a web app and is available for offline use on your ChromeOS device. The description for the app advises that any notes you create while you’re offline are synced back to the web and your other devices when your connection returns.

Google Keep allows you to keep notes which include photos, todo lists and general notes. If you’re not familiar with Google Keep, check out the introductory video from Google :

Notes created in Keep will sync seemlessly between this Web App, the Google Keep Android App as well as the web view in your Google Drive account. Initial testing showed that this worked extremely well, with new notes created offline showing up quite quickly in the Android app as well as in Drive even after having to sync after re-establishing an internet connection. 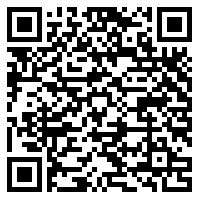 What are your thoughts on the Google Keep Chrome App?

I like the interface to Keep but until they can do notifications/scheduling + tagging/stuctures I’m sticking with Tasks.

Now, when they merge the Tasks functionality into Keep — serious winner!

Coming soon, IMHO. Google appear to be working on Keep a fair bit and seem intent on adding functionality to it.